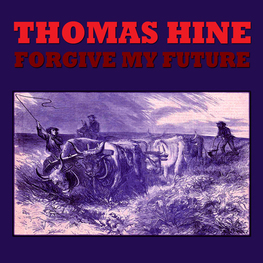 This unusual album will probably sit more comfortably under the ‘Folk’ music tag, simply because of the slow mellow sounding instrumentation and the song subject matter, but the fact is that generically it’s atmospheric moodiness is almost impossible to tie down. As I’ve often said, it’s not nice to try to affix a label to music, but it is a sad fact that everything has to be labelled for promotional purposes so this is guardedly folk! There is a timelessness about the album, as if it could easily have been recorded for an obscure label
many decades ago (but it wasn’t!). It is an album that is both simple and complex at the same time, almost having a floating ethereal weightless feel, as if something dramatic is about to happen, whilst at the same time there is drama all around you.
He is fairly obviously on a highly productive run, this being his fifth album in four years, an exceptional output by any standards and on the strength of this recording there is plenty to encourage an exploration of his back catalogue. The eleven self penned songs are all musically mellow but with lyrics that have an edge to them, many containing an underlying, at times slightly unsettling, darkness. His pleasantly warm vocals combined with the music could lull the listener into a false sense of ‘easy listening’ but the lyrics demand attention and ultimately the mellow tones and sparse instrumentation perfectly  complement and in some ways provide a contrast to those lyrics, making this an incredibly rewarding listen that will probably continue to be so for a long time to come. As well as guitars, bass and drums, there is also use of the harmonium, glockenspiel, cello and harmonica, all of which work well within the context of the songs, all played by Thomas Hine and used with admirable restraint, allowing the lyrics and his vocals to dictate the pace.
The songs vary in length from one minute to seven and a half minutes and whilst they are well structured compositions the overall feel of the album is one of an appealingly unstructured slightly ramshackle recording. This is certainly not meant as an insult. It is a well thought out and well produced (by Stephen Hine) recording. It’s just that in many ways the songs are allowed to roam free and be led where the generally sparse instrumentation and atmospheric vocals choose to take them, without any of the usual formality or time constraints. In that respect it is an unusual album and whilst I can’t say I love everything about it, that‘loose’ feeling is what holds the appeal for me
and I would guess ultimately many others.
The album gets under way with Dance For Days,a song that musically is a slow moody acoustic ballad with nice background harmonies, but there is a slightly sinister or at least dark overtone in the lyrics, something that crops up with considerable regularity throughout the album, never overdone, but just enough to keep the listener slightly off balance. This is followed by the harrowing darkness of Owen, the tale of someone who is led astray and pays the ultimate price for his lawlessness with Hine’s pleasant vocals and instrumentation providing a contrast to the darkness of the tale, consequently enhancing the impact. Bright Shining Mountains for some odd (very odd!) reason brings to mind the tragedy of Millais’ Ophelia. The lyrics are not overtly dark but perhaps it’s the slow
moody harmonium or the high lonesome vocals, or more likely a combination of both or maybe it’s the ethereal quality of the song that drifts into the start and drifts off at the conclusion. On Ploughman, a song that has
similar qualities, Thomas Denver Jonsson (I’m kingfisher) provides additional vocals on a very good, slow moody tale and as with most others is of a pretty much indeterminate genre, although Jonsson’s inclusion, even on just one song, probably provides a pretty good stylistic indication of the album overall.
This is a very good album that I didn’t take to initially but with repeated listens it has gradually revealed much more depth and quality, with a slightly strange brooding atmosphere that gradually draws the listener into a world that seems to be darkness or light with very little inbetween and not a huge amount of the latter!