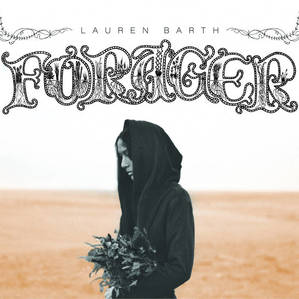 The amount of musical talent that continues to emanate from Tulsa, Oklahoma is quite astounding. I can still remember (just!) decades ago when I first stumbled across the late great J.J. Cale, prior to which time my strongest association with Tulsa was via Gene Pitney's hit record 24 hours from Tulsa! I have no doubt there has always been musical talent in that area but the internet has reduced the size of the world and made it easier to pick up on these artists via online magazines and websites etc, as well as recommendations from people we all meet on the various social media outlets that we subscribe to.
Having said that, it still requires that the artists either put the music out themselves or look for a friendly record company who will take a chance on 'unproven' artists. There are very few of those companies but one such is Tulsa based, nonprofit making, Horton Records. To Brian Horton this is a labour of love that gives many artists based in Tulsa and the surrounding area an outlet for their music, with any money the company makes being ploughed back into the artists. Some of those artists on the label form a veritable 'who's who' of recent favourites of mine including Wink Burcham, Kalyn Fay, Paul Benjaman, Pilgrim and Jacob Tovar to name just a few. To that list we now have to add the tremendous talents of Lauren Barth and this, (cue fanfare!) her debut album.
Eleven of the twelve songs on 'Forager' were written by Lauren; the exception being the excellent This Old Heart which came from the pen of Jared Griffin. The album was produced by another talented Tulsa based singer songwriter Jesse Aycock, who also played guitars, pedal steel, piano and backing vocals. Further support came from Jason Weinheimer on bass, Andrew Bones, drums, Al Gamble on organ, with Lauren on lead vocals and acoustic guitar. Even the atmospheric cover photo was the work of another hugely talented singer songwriter from Tulsa, whose tremendous album 'Bible Belt' was reviewed on this site last year, the above mentioned Kalyn Fay, with the album being recorded at Fellowship Hall Sound in Little Rock, Arkansas. Perhaps Horton Records is a musical community in every sense of that description and long may they continue to promote artists of this quality.
The album opens with Want it back, the lovely, dynamic, if melodic crashing guitars combining with a little twanginess and solid bass, percussion and keyboards as support for Laurens lovely feminine vocal that holds everything together on an excellent song that has an updated late 1950s to early 60s feel. The wash of sound that gradually intensifies never detracts from the femininity of her vocals either. We are introduced to I won't let love make a fool out of me via the piano and guitars forming a haunting 'coalition' that is soon joined by Lauren's beautiful vocal. The accompanying harmonies and weeping steel guitar further lift a slow ballad that has an epic quality thanks to the arrangement and production. The Devil, my father is a lovely melodic song with the guitars sounding a little like a Daniel Lanois production, with some chunky percussion, a little twang and a lovely flowing otherworldly atmosphere on a song that clocks in at eight and a half minutes. There is repetition, fairly obviously, but it lulls the listener and draws you into its 'Devlish' world! City high is a gorgeous, haunting tale that has dramatic lyrics allied to music that is both mellow and intense with a slightly otherworldly atmosphere, something that applies to many of the songs on this excellent debut. It is not completely rooted in 'otherworldliness' but that is a strong thread that runs through this song in particular but applies to much of the album, although the country elements are there as well, all in all ensuring that, unusually, I can't think of another artist to compare Lauren to! Final mention is of the quite stunning and haunting title track to an exceptional debut album, Forager, with the weeping steel guitar combining with a little echo on Laurens vocal and some beautiful mellifluous harmonies that allow the song to almost float away, or would do were it not for the powerful anchor that is provided by the almost 'regimental' percussion.
The thing that stands out with so many of the artists on Horton Records is that they are all strong and highly individual talents who may well have been subjected to greater production and arrangement influences, probably as well as stricter controls, had they been on a major label. It's unusual and rewarding for artists and fans alike that their talents and musical visions have been allowed to flourish and whilst I don't like to generalize, Lauren Barth is another great talent to come out of Tulsa and Horton Records with an often quite stunning debut album.