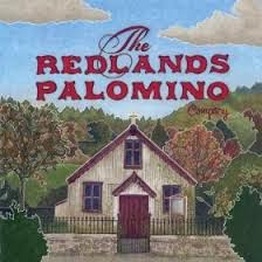 Hook laden tales, tremendous melodies, great playing of excellent songs, two talented lead singers, unsurpassable harmonies, need I go on? It’s difficult to visualize a higher quality band that plays in this classic country rock style in the modern day and yet they are most definitely not a throwback to the 1970s. Instead they have their own natural style that certainly links them generically but they are very much a hugely talented 21st century band that have sought their own natural style which just happens to be an update of the classic genre of four decades ago. Abundantly talented obviously but they seem to intuitively and consistently come up with hook laden melodic songs and have done so since their first album.

From their first recording to this their fourth they must be a source of great envy to their peers for their remarkably consistent high quality recordings. I don’t mean this in terms of just being good either. As far as I’m concerned every album should be essential listening for all music fans, not just those that love country rock. Since their first album there has been a small but just perceptible improvement on each recording and yet that first recording, 2004s ‘By the time you hear this,’ was a brilliant album! The more I listen to this band, whether on their recordings or in a live setting I’m struck by just how good they are. The talent and the genre they work in is so natural to them that it is impossible to find any real fault. Unlike some of the country rockers of old there is nothing sanitized about any of their music, despite the melodic beauty, always having a slightly edgy texture where others have those edges smoothed off. The playing is always excellent and I’ve already mentioned the vocals, but the harmonies are also perfectly blended, live as well as on record.

This five piece band consists of Alex Elton-Wall on songwriting, production, vocals, electric and acoustic guitar, Hannah Elton-Wall also contributes songwriting, vocals and acoustic guitar,  David Rothon plays pedal steel guitar, whilst Dan Tilbury is on drums and Rain plays bass. There is an appealing vulnerability to Hannah’s feminine vocals that immediately gets the listener on her side whatever is going on lyrically, whilst husband, Alex, has a raw and yet warm melodicism to his vocals that seems to up the drama and intensity a notch. Whatever the lyrical content of their excellent songs there is a warmth to their music, with listening to any of their albums, but this one in particular, like getting a really warm welcome from an old friend you haven’t seen for a while.

It would be inaccurate to describe every song as ‘country rock’ but that is the overall feel from the recording as a whole. The songs that edge away from that genre never stray very far but the album has such a lovely flow with tempos that range from slow and moody to upbeat and mid tempo that the generic field they are ploughing really becomes irrelevant, ensuring the listener can just concentrate on the pleasure the music brings.

The album gets under way with Hannah’s beautiful vocal on In These Lines, with gorgeous steel guitar and excellent all round playing on a terrific song that sets a standard that never slackens throughout the album. This is followed by an excellent atmospheric lead vocal from Alex on Solitary Strangers, another melodic treat, classic country rock in tempo, tone and fluidity, but with a modern edge. Hannah again takes the lead vocal on Everything I’m Not, a song with a nice jangling melodic guitar and mandolin with excellent, subtle harmonies, plus bass and drums laying a foundation so good that anyone could play over it! I should be careful here because all twelve songs on the album are of the highest order but there is one for me that is just that little bit more exceptional. That is She Can Live Without You, with Alexs’ raw lead vocal and the incredible Byrdsian harmonies on a tremendous piece of 21st century classic country rock. Those harmonies evoke the best of the 1970s performers and edge in front of most of them! On Floorboard George Alex again takes the lead on a nice light hearted easygoing romp through classic country rock with a sawing fiddle, piano, guitars and rowdy harmonies! With the sheer pleasurable musical quality never having slackened throughout the album we finish on yet another high note with the lovely, epic country rock tale Band Song. There is probably a large amount of biographical detail in this song, with Hannah’s lovely emotion drenched vocal evoking the sheer pleasure the band gets from playing their music on this beauty of a song that clocks in at just over seven minutes.

Their best album yet? I think so, although whether it’s their best or worst is irrelevant thanks to the extraordinary quality of this tremendous bands catalogue. Buy all four albums and you will agree with me. Just buy this one first though!