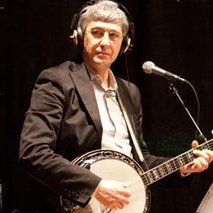 Sadly Marco Zanzi never got to read this or any subsequent reviews of the new album. He passed away just a little under two weeks ago after a determined and brave battle against the scourge that is cancer. I didn't know him well as a man but I do know that his positive attitude to life and his deep religious faith, when added to his deep well of musical talent, kept him fighting right up to the end. When I lost a much loved family member to cancer twenty months ago Marco was one of the first to offer his heartfelt condolences. I would like to do the same to his family and friends who must be truly devastated to lose not only such a gifted musician but also an extraordinarily dignified and loving human being.

This review was finished a few days before Marco's death and the temptation was to try to show his talents up even more but I'm pretty sure Marco would not have wanted that so the review has been left in its original form. 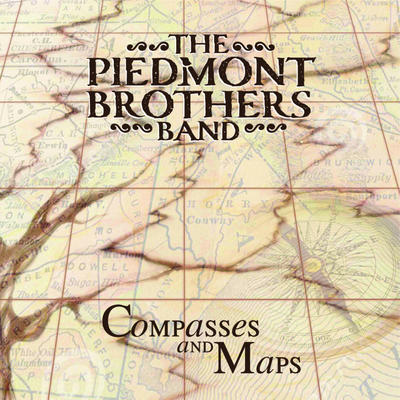 I've always loved the 'edgier' side of roots music. The 'hillbillies' of old and the itinerant bluesmen awakened a very young me to the possibilities that music can be something more than the twee sounds of late 1950s 'pop music.' The same still applies, with the addition of my love of alt. country and much that is an offshoot and development of those early genres. Of course I love the classic country rock of the Byrds, Burrito's, Poco and many more and this is where the Piedmont Brothers come in. Whilst most of their music would be hard to describe as 'edgy' it doesn't change the fact that I always enjoy the warm, almost comforting music they produce. 'Classic country rock' is a description that fits them like a glove despite the fact that there are elements of classic country, bluegrass and folk on the albums made by this talented, if floating aggregation, of musicians  who have produced some tremendous albums since and including their 2008 debut 'Bordertown.'

This was where things kicked off for this highly unusual band who only came together via the Byrds internet site with Ron Martin in the U.S and Marco Zanzi in Italy sharing a love for all things Byrdsian and country music in general. Other musicians gradually joined in, such as Mike Gallivan, another who has been involved almost from the start. The band has always had that floating aggregation thanks to the difficulties of being based on two continents, with some parts of their albums recorded in Italy whilst others are done in the U.S. This doesn't make any difference to their sound though with their albums always having a lovely flow. What makes them different from most generically similar bands is the fact that they, not necessarily being a band of 'youngsters,' have many friends who were present at the birth of country rock. What gives this band huge credibility, certainly in my eyes, is the fact that all of those people are happy to not just add their names to the recordings but actually participate and become temporary or occasional members of the band. They include Rick Roberts (FBB, Firefall), Richie Furay (Buffalo Springfield, Poco, Southern-Hillman-Furay Band), Gene Parsons (Nashville West, Byrds, FBB, Parsons Green), Buddy Cage (New Riders of the Purple Sage), Patrick Shanahan (Rick Nelson’s Stone Canyon Band, New Riders of the Purple Sage) and Stephen A. Love (Stone Canyon Band, New Riders Of The Purple Sage, Roger McGuinn) However you look at it that is a veritable who's who of country rock, all members of some of the most iconic bands in the genre.

As with their previous albums there are covers of other people's songs as well as some excellent band originals. The covers are always recognizable and in many cases add a slightly different perspective to the songs with this excellent recording only including three originals, one each by Ron and Marco and a co-write between the two of them. The arrangements and the playing range from excellent to virtuosic and whoever takes lead vocals handles them with huge skill, commitment and quality. They are shared between Ron who does most and Marco as well as Piedmont 'Sisters' Katherine Kelly Walczyk and Rosella Cellamaro, who both add a beautiful lead vocal each as well as harmonies.

The opening track, The Woodys, Message From Michael prepares the way for much of what is to follow with its warm mellifluous vocals, jangling guitars, gorgeous harmonies and perfect arrangement. As I said, not edgy, but warm, comfortable and reassuring with heartfelt songs that this band are just steeped in. It is a strong tale that has an easy going mid tempo and a gorgeous melody that is also a tribute to the genre on a quite uplifting song that features Gene Parsons on pedal steel, duet and harmony vocals and Patrick Shanahan on drums. This is followed by the title track Compasses and Maps, a slow moody country rock ballad with more good lead vocals and gorgeous female harmonies allied to the melodic guitars and superb arrangement. On James Taylor's Sweet Baby James we are treated to the beautiful lead vocals of Katherine Kelly Walczyk on a song that she virtually makes her own with this countrified conversion. Of course, vocally she is helped out by the beautiful harmonies supplied by Cecilia Zanzi. The country instrumentation and the vocals combine to make this bands version as good, if not better, than the other myriad covers of the song. Following that is some virtuosic banjo playing by Marco on an excellent version of the old Louvin Brothers song, Love and Wealth. Ron Martin is on lead vocal and the restrained playing and harmonies allow the song plenty of room to breathe. I've always found the Eagles too 'sanitized' and over produced, as a consequence of which I've listened to very little of their music since their 1970s heyday. I've always agreed that they had some of the finest vocalists in popular music and wrote some excellent songs, but everything was so soulless. Tequila Sunrise was/is an excellent ballad that created a nice atmosphere; in fact I've just listened to the Eagles version, but only to compare it to the one on this album! No contest really. What chance did Glen Frey have of competing with the beautiful, almost tremulous lead vocals of Rosella Cellamaro? In a word, none! Somehow, despite the warmth, there is an indistinct edginess to this gorgeous version of the song that is made remarkable by the fact that multi instrumentalist and band mainstay Marco Zanzi plays everything on this song with the exception of bass which is handled by Mike Gallivan.

I could go on about more of the songs but you should purchase a copy and come to your own conclusions. You won't hear anything that is raw or 'hillbilly' sounding on the album but there are plenty who have that music tied down. What you will get from this recording are tremendous vocals, playing, songs, arrangements and harmonies, all snuggling inside a lovely comforting warm cloak that will wrap itself around you. Even I, a lover of 'raw' and 'edgy,' have room in my life for a little mellow warmth. The Piedmont Brothers (and Sisters) Band can be relied upon to provide my correct dosage of that!