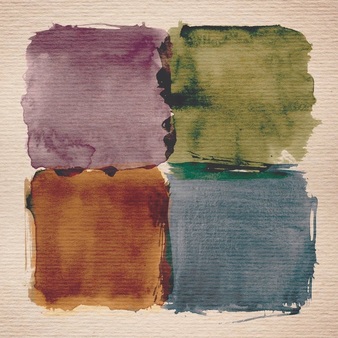 This is the fourth full length album release in the recording career of this peerless British band, a band that has improved with each of those recordings despite the excellence of their debut. They are labeled as 'alt country' but as is so often the case (no pun intended) there is far more to them than what is starting to become a tired catch all that we all use if we're not too sure how to categorize an artist.
Their name was taken from a character in Boston Teran's noir thriller 'God Is A Bullet.' In fact that one little word 'noir' is a hugely appropriate description of these often dark misty compositions that come from the pen of Pete Gow. There is a deep intensity to every song on this exceptional recording that ensures Case Hardin is pretty much peerless as a versatile roots band. What you get on this album is great songs, ranging from slow moody ballads to driving rockers all played with huge skill, allied to fire and passion. The ballads have an emotional tenderness and an often almost overwhelming sense of drama whilst as a rock band they rock like very few others can!
The band is comprised of Pete Gow on guitar and lead vocals, Tim Emery, bass, Jim Maving, guitars and vocals and Andy Bastow on drums. Having seen them perform live on a number of occasions I can also say that as a band this talented four piece have a tightness that is probably the envy of most bands, with each member having a tremendous depth of skill, feeling and commitment to every song whether played live or on record. In lead vocalist Pete Gow they have a singer who brings life and believability to the characters in his songs, as well as an appealing warmth, expressiveness and a little raw edge, in fact, really he can be labeled a classic 'alt. country' singer in the same way as artists such as Jay Farrar, Ryan Adams and just a few others. The depth of feeling and expression are quite tangible in every phrase that Pete sings on this tremendous recording. I should also add that he has very few peers in the songwriting stakes; in fact a more appropriate description could well be 'musical novella' such are his literacy skills. Should he ever decide to give up the music business (and perhaps working for CNN) I'm pretty sure he could have a successful career as a novelist or poet!
The album gets underway with Poets Corner, a song that kicks off with a powerful drum beat soon joined by church like keyboards before the addition of a melodic guitar. This is soon followed by Pete's vocal on an intensely dramatic love song that moves slowly before taking off with an epic guitar solo that eventually brings the song to its climax and sadly to an end. The story is an epic, Pete's vocal at its most evocative and Jim Maving's lead guitar playing at its peak on this tale that stretches to over eight minutes. The song is so good and so engrossing that it seemed to be over too soon leaving me with the feeling that I could happily have carried on listening if it had been double the length, such is its power. Roll Damnation Roll is introduced by a gorgeous slide guitar that is soon joined by the mandolin on a 'classic' alt. country song that rolls along at an easy mid tempo driven on by piano and drums with some excellent harmonies. Next up is (Jesus Christ Tomorrow Morning) Do I Still Feel This Way, a tremendous rocker, although with the versatility of Case Hardin even when they rock there is so much more to their music. The chugging, melodic electric guitar and drums with the percussive bass drive the song on, with Pete Gow's vocal as suited to rock as it is to a gentle country ballad. Another great epic is High Rollers, with just acoustic guitar and Pete's vocal getting the song started on this highly descriptive cinematic tale of gambling that in many ways sums up addiction. The darkness of this sad harrowing tale is further deepened by the inclusion half way through of a violin that remains until the end of another lengthy tale, this one just over seven minutes, but again those minutes just fly by as you immerse yourself in the epic story. Final mention goes to A Mention In Dispatches, another great song, this one probably provoked by Pete Gow's 'day job' as a CNN reporter. It is that depth of knowledge of what he is singing about that gives the song its believability and removes any false sense of drama. The situation and the content are dramatic enough and the arrangement of this tremendous song is just about perfect for purpose, with the drums having a metronomic military feel and the dramatic instrumentation proving a perfect foil for the lead vocal.
Since the already mentioned excellence of their debut, 'Some songs for Charlie Spencer,' through the tremendous 'difficult second album,' 'Every dirty mirror,' onto their third 'PM' and then to this terrific album there has, despite the excellence of each, been an often imperceptible improvement. This is due to the fact that there is an incredible tightness to their playing, with Tim Emery's bass and Andy Bastows drumming doing far more than just laying the solid foundation that enables Jim Maving to explore the depths of his incredible lead guitar playing that is all topped off by Pete Gow's excellent lead vocals and his tremendous story telling. It's difficult to see how they are going to improve on this recording in the future but then again it is so good no one else could and perhaps they don't need to!