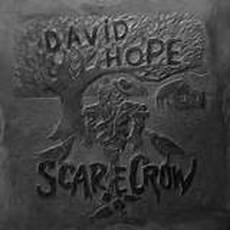 
If he was American a lot more people would probably know about County Clare, Ireland native David Hope, a singer songwriter who is as talented as just about anyone who plays a similar rootsy mix  that includes folk, blues and country without ever being one or the other, more an excellent blend of all three. His expressive, powerful vocals have a nice raw gravelly edge that is perfectly suited to his beautifully written and performed songs. They contain more than their fair share of excellent melodies and he proves himself to be a master of mid tempo rootsiness, with an excellent sense of drama in virtually every song
He gets high quality support from his band that includes, at least for this album, Declan Sinnott on acoustic and electric guitars and organ, as well as producing much of the album, Eoin Jordan, bouzouki, mandolin, acoustic and electric guitars, David Murphy on electric guitar and pedal steel, Michael Creedon on bass and Adrian Healy on drums with David Hope himself on all lead vocals as well as acoustic and electric guitars.
The muddy slide guitar, that is the dominant instrument on many of the songs, allied to his vocals gives the
lasting impression that the album is very strongly oriented towards the blues but lyrically it is more of an all encompassing roots music with a strong leaning towards folk! There are other times when he goes close to (but never into) more commercial pop/rock and even a smattering of country so there is considerable diversity, but never to the detriment of the flow of the album. The selection and arrangement of the instrumentation is excellent, as is the playing, something you almost take for granted with the quality of the musicians on show here and never detracts from the lyrical content of the stories. Allied to this his vocal style and of course, the excellent songwriting, ensures a little individuality and whilst there are at times other artists that he stands comparison with he has very much his own style.
The album opens with Hell Or High Water a mid tempo love  song full of determination and passion, with some excellent guitar work that blended with his atmospheric vocals and the harmonies gives the tale quite an
epic feel. These Days is a very good bluesy country song that perfectly suits his vocals with some nice dominant
slide guitar playing, followed by the tremendous title track Scarecrow. It is a powerful, darkly atmospheric song with some evocative instrumentation and his raw, almost haunting voice draws every last drop of emotion out of a song that is full of sinister atmosphere. There is a nice speedily shuffling brushed snare on See The Ghost with some lovely melodic, beautifully played slide guitar and dobro on another very good song that has a countryish feel. Cloak
And Daggers is driven by a beautifully played manolin on a really good song that gradually builds and takes off, also including some gorgeous slide guitar playing and evocative harmonies.
There is nothing that qualifies as filler, with all eleven songs and their variety of tempos, lyrics and degrees of darkness and light blending to form an excellent album by a talented singer songwriter who deserves wider fame, which hopefully this recording will bring.