THE YOUNGERS - PICTURE OF YOU
​ 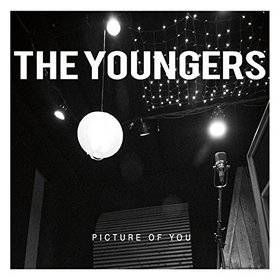 Founded in Pennsylvania in 1999 and boasting just two albums before the release of this tremendous recording you could be forgiven for thinking this is a band that doesn't have a lot going for them, in which case you would struggle to be more wrong! Both of those previous recordings, 2005s 'Output' and 2008s rightly acclaimed 'Heritage,' contained strong elements of both country rock and alt. country, in my book, the best of both worlds and 'Picture of you' is actually an improvement on both. I don't know why this is only their third album but I suspect, as is the case with many of my favourites, it is a lack of finances and promotion. Again, this is a band that those big companies are missing out on as they choose to manufacture 'country pap' rather than extending themselves into an edgier territory with artists who have originality, huge musical talent and I'm pretty sure would appeal to the 'masses' given a chance.
The lineup consists of Todd Notobartolo on most lead vocals, who also plays lap steel and guitars, Randy Krater is on bass and vocals, Bruce Kissinger, drums and Matt Thren on electric and acoustic guitars. Ten of the eleven songs were written by Todd Notobartolo, the exception being Devils Fingers which was written and sung by Randy Krater. The main features of the album are that every one of the songs is led by a gorgeous melody, highlighted by the beautifully arranged guitars, including steel, and the metronomic percussion and bass, a combination that imbues every song with a genuinely epic quality.
A chiming twangy guitar sound gets the album opener and title track Picture of you off to a classic country rock start with Todd's evocative vocals keeping the generic link going. It is sung and played in a completely natural style with some excellent restrained harmonies on an uplifting mid tempo song of easily believable reflections. As with the best of the genre, this song, irrespective of lyrics, will lift the mood of the listener thanks to its sheer all round warmth and musicality. The jangling guitar and solid bass and percussion are soon joined by Todd's evocative vocal on Running in the night and are supported by some excellent harmonies on a song that has a dark atmosphere and some excellent twangy guitar. Even the intro has an epic arid feel on Devil's fingers, as if it were an introduction to a spaghetti western. Randy Kraters vocal is deep and dark with sympathetic harmonies, an incredibly deep haunting twang and the eerie steel guitar that is exacerbated by the spooky percussion. Just as it seems to get deeper and darker the sound is alleviated by the melodic acoustic guitar sound on a song that is played at a slow pace, steadily increasing the epic quality. Let it roll is a mid tempo tale that has the Younger's deep twangy signature with chiming guitars counter balancing on an excellent arrangement. The haunting vocal and harmonies further add depth to the atmosphere on a song that is eventually given a little lightness by the intervention of the mandolin. Old times is an absolute stunner of a song! It is a sad reflective ballad that is highly descriptive, with an easy going, metronomic percussion, beautiful haunting steel guitar, melodic electric guitars, great lead vocal and harmonies and as memorable a melody as anyone could wish for; in a nutshell, a great ballad!
It is quite rare to find a recording that doesn't include some 'filler,' songs that just fall a little short qualitatively, but every one of the excellent compositions on this tremendous collection is absolutely essential to the albums flow. The brilliant arrangements added to the gorgeous guitar sounds (that will not be bettered this year) combine to highlight the quality of the melodies on every one of the songs. The lyrics are believable and descriptive and there is always a haunting feel to the compositions that makes the album stand out from other recordings made in similar generic fields. I really liked this album from very first listen but with each subsequent play it reveals more depth and just seems to get better and better, to such a degree that I now love it and expect to love it even more with further plays that are likely to stretch on into the distant future! What more can you hope for from an album ?