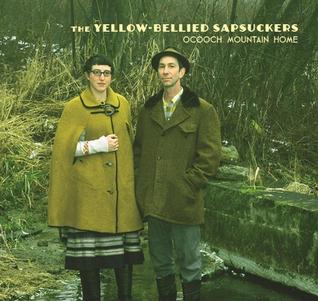 This is a completely unique album, certainly in this day and age. It is a recording that covers many aspects of ‘old timey’ music from front porch ‘hillbilly’ to vaudeville, 1920s ‘pop’ and probably most other genres from back before music genres were even invented! It often has the feel of what used to be called ‘parlor music’ thanks to the purity that at no time caricatures the music from those far off times. A friend described it as weird, something that psychedelia was often described as in the 1960s, but this is only weird if your tastes don’t extend beyond modern day pop music. Nikki Grossman on guitar, fiddle and vocals along with Joe Hart, also on guitar and vocals are pretty much a match made in heavan with their perfect blend of humour and drama on these old songs, that are a mix of comedy and pathos, all performed with dignity and authenticity intact to such a degree that the album even has an ‘eerie’ edginess! Tremendous album! 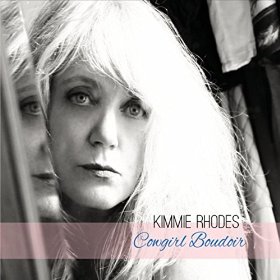 Texan, Kimmie Rhodes is one of the most consistently excellent singer songwriters ever to hail from that great state, not only as a talented writer and performer of her own songs but also as a terrific  interpreter of other peoples work.
On this gorgeous album, that maintains her peerless quality, there are co-writes, solo writes and one beautiful duet with Johnny Goudie who also wrote the song. The arrangements are well thought out and the playing always excellent with lovely washes of steel guitar wrapping itself around some of these beautiful songs whilst Kimmie’s beautifully melodic and feminine ‘Texas drawl’ is quite addictive whether singing sad ballads or upbeat ‘country rockers.’ This is a country album that avoids all of the usual ‘country’ sanitization pitfalls, not that Kimmie has ever needed to revert to that, having acquired me as a fan since the brilliant and edgy 1996 album, the classic (as far as I’m concerned) ‘West Texas Heavan.’ That ‘edginess’ is something she has maintained throughout her career and roots her music in the real world rather than some completely unattainable fantasy, confirming what Rodney Crowell once said that Kimmie has ‘the soul of a poet and the voice of an angel.’ A perfect sumnation of a great artist and a tremendous album! 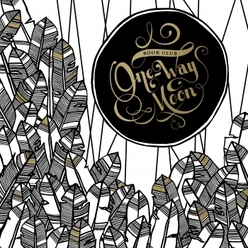 The Book Club – One way moon (The Cottage Recording Co.)

There is a nice blend of male and female vocals on this album of excellent songs most of which have a folksy but not over dominant edge that serves more to exhibit their rootsy country leanings. Everything is beautifully arranged, played and sung with some of the songs having a slightly spooky edginess that ultimately ensures quite a strong thread of originality, more than enough to keep any listener interested. 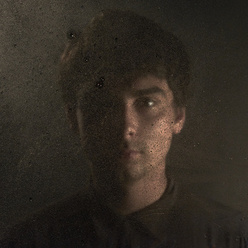 This is a strange otherworldly album of ‘folk’ music that is often sparse but at the same time multi layered and multi textured with the excellent playing and unusual arrangements keeping the listener wondering what will come next. His incredibly poetic lyrics and warm mellifluous vocals seem to drift in and out of every song as if there to smooth out the textures and give the instruments and harmonies a foundation to work from. Everything about the album reeks of class, albeit of an unusual nature that sits in a folksy sub genre of one! My suggestion is that if you buy just one album of a floating ethereal nature this year you are safe with this one; there are no others to match it.