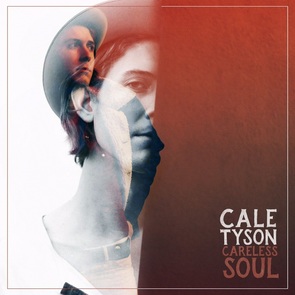 I saw Cale Tyson play live in 2015, mainly on the strength of his debut album which was put together from his two e.ps. My reaction to both live performance and recording was that those pundits who have been hailing Cale as one of the 'new stars of country music' and someone who would revive the sometimes flagging genre with their lack of cloying sanitization were absolutely spot on with their assessment. His vocals are both warm and expressive, a classic country voice if you like, and his songwriting is excellent although neither of these elements would ordinarily lift an artist too far above the 'pack' but what has to be included in any assessment of this man is the fact that there is a modern day, yet classic feel to his 'pure' country music. It includes an almost indefinable edginess that lifts him far above most of the 'mainstream' whilst signaling the fact that without any sanitization whatsoever there is enough melodicism in his music for him to be accepted by that very mainstream that he and just a few others have left in their wake. In many ways a mix of Hank and Gram with a little modernity added along with a huge helping of soul.
When I heard that he intended using more orchestration on this album I was concerned that he was going to change direction and use some mainstream polish. I needn't have worried; whilst some of the songs have a much fuller sound and more orchestration none of his edginess has been lost. In fact the fuller sound has added more variety to his already rich music and the way it is used there seems to be a greater degree of originality, emphasizing the depth and soulfulness that could and should be obvious in country music, but often isn't. There certainly is on this recording that was made at the Fame Studios in Muscle Shoals, Alabama, home of soul music so it should come as no surprise to anyone that this recording is genuinely a 'country soul' album.
The album was produced by Michael Rinne, bass player with Emmylou Harris and Rodney Crowell and supported by a stellar cast of Nashville’s finest which included Jeremy Fetzer on lead guitar, Pete Lindberg, rhythm guitar, Brett Resnick played pedal steel, Skylar Wilson was on keyboards, David Hood on bass, Jon Radford, drums, and Jordan Lehning handled all of the string and horns arrangements. If I was going to be hyper critical I would say that at times his excellent character laden vocal is a little overwhelmed by some of the orchestration although many will say this is nit picking, which maybe it is, but apart from that the album is pretty much faultless.
The album gets off to a flier with a nice arrangement that includes brass on Staying Kind an excellent soulful country song, in fact it could almost be said to be a song that is equal parts soul and country with a vocalist who has strong country voice with a nice break in it, almost like a countrified Bobby Darin. Travelling Man is a slow moody ballad with strings, steel guitar, excellent percussion and a tremendous vocal from Cale with nice backing harmonies on a sad tale of lost love that rather than just being a sanitized 'woe is me tale' actually tells a story. That is probably what sets him apart from many of his peers; the fact that his sad songs actually have depth and in many cases explain the background to the story. If you like a 'country train song' Railroad Blues is the song for you with its dynamic melodic guitar and a tremendous metronomic drum sound that evokes a train with Cale's voice at its best, with the support of a speedy steel guitar on a strongly evocative tale. There is a dark powerful atmosphere with an almost spooky sound on High Lonesome Hill a ballad that includes gorgeous haunting steel guitar and a choppy guitar break, with spooky backing vocals and an excellent lead from Cale. On Gonna Love A Woman the intro is courtesy of the brass section which takes on the feel of a New Orleans funk band before steel guitar and Cales vocal brings a powerful country strain to an excellent song that is far from spoilt by the density of the orchestration. Final mention goes to what is the first single off the album, unsurprisingly the album's title track Careless Soul. It is also the album closer and is another excellent soulful song with a beautifully arranged orchestration, as are the lead and harmony vocals, with everything in  perfect balance including the brass.
I described Cale Tyson, when reviewing his debut release, as the first county singer for a long time who can be considered 'the real deal.' This album not only confirms that opinion but ups it a notch!