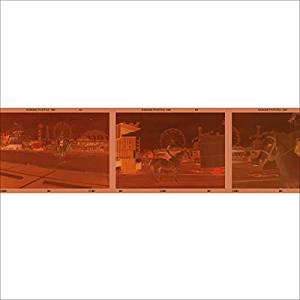 As the first track on this excellent album begins to unfold the feeling that many listeners will get, as I did initially, is that this recording is one of the better contemporary country albums; if you like, a classic 'mainstream country' collection.  By the time the third song is underway it becomes apparent that there is much more going on than is suggested by a 'contemporary mainstream,' label, something that in my world is verging on an insult anyway. The fact is that 'Carousel' is a highly original recording and one on which this talented young lady follows her own muse rather than trying to ape the 'mainstream' style so beloved of the Nashville music machine. There are a few crossover areas but in the main Carousel is a 'country' recording of complete individuality and no little originality of style.
This is Austin, Texas, native, Carson McHone's second album and follows on from 2015s also excellent 'Goodluck man.' Her vocals are beautifully feminine but with a detectable edginess that enables her to portray everything from a gentle vulnerability to a hard edge that borders on aggression and with all the myriad emotions that can be found in between.
The recording consists of ten beautifully conceived and written songs, all with completely individual arrangements that guarantee it will be a long time before any listener can predict what comes next, with it being unlikely that any true 'roots' music fan will ever live long enough to tire of this tremendous album! There is a powerful and completely natural modernity in the makeup of these ten songs but at no time is there any mistaking the fact that this is a recording that is very much rooted in country music with at least a nod to its many offshoots that include alt. country, country rock and much else, even an occasional folksiness that is reminiscent of the music of many decades ago, all topped off with a strong honky tonk flavour!
It will be a surprise to most, as it was to me, to learn that six of these tracks appeared on 'Goodluck Man,' but there is no need to worry, this is no cash in or cop out; the reworking of those songs has completely changed the perspective of each as they blend beautifully with the newer songs. Carson and her producer, Mike McCarthy, should be congratulated for having the nerve to update and modernize those songs that in their earlier form were excellent but here have gone up a notch. What gives the album its extraordinary quality is the fact that the melodies are gorgeous, as are Carson's vocals but there is always an edge to her voice that creates a deeply intense atmosphere, with the biographical lyrics often being dark but always real, consequently solidifying every aspect of every song. Add to this the fact that the band playing is both sympathetic to her songs and of the highest quality and it's impossible to hear anything that could be improved upon.
Album opener Sad gets underway with a gentle acoustic guitar that is soon joined by a weeping steel guitar and fiddle before speeding up to a smooth mid tempo as Carson's gorgeous vocal comes in. It is an excellent country song that develops an appealing edginess, with the tempo speeding up towards the end and even taking on a strong rocking feel before falling back to the original gentle tempo. A great start to an album and one that expresses the variations that follow in the other songs. The speedy fiddle gets things underway on Lucky, before Carson's lovely expressive vocal slows things down, supported by the gorgeous, haunting steel guitar and the moody high lonesome fiddle. Another tempo change speeds the song up again, with an excellent 'walking bass line and the steel guitar again to the fore on this beautiful haunting tale. We again get off to a gentle start this time with chiming melodic guitar on Dram shop girl, supported by some restrained, quite sparse percussion increasing the sense of drama in Carson's reflective highly descriptive and already dramatic  lyrics before a haunting fiddle joins in. At least in terms of tempo the song flows gently on with an unusual production that actually enhances the story, in many ways giving more depth to the dramatic impact. Finally we get to the title track from her first album Goodluck Man, but here it is an even more stunning beauty than the 'original.' The main instruments are the gentle acoustic guitar and the hauntingly beautiful steel guitar supporting Carson's tremendous, emotional performance on a quite beautiful tale.
As Carson herself said about traditional country music, "I want to do more with the form, push myself past where I understand it to be," having originally thought that championing the form was the key. Boy, has she succeeded in that aim! This album is a future 'classic' by an artist who is exploring country music across the whole spectrum and adding her own inspired originality to the mix, not taking the music into alien areas but most definitely broadening its scope. Long may she continue on her broad musical path.