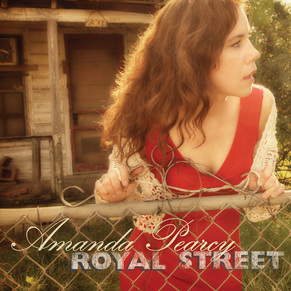 It’s funny how so much of the ‘country music’ born in Texas differs from the rest of the U.S. maybe because it shares a border with a latin American country, Mexico, and so has absorbed part of that nations excellent, but different, culture, as a consequence of which we have ‘Tex Mex’ and the diversity of artists such as the late great Doug Sahm amongst many others.  It was also the birthplace of ‘western swing’back in the 1930s, which was a blend of elements as apparently disparate as‘country and western’ and ‘jazz,’ so there is a varied musical history. To my
ears there often seem to be echoes of Bob Wills and Milton Brown, even if barely discernible, possibly just the wide open spacy atmosphere and there is just as often, in varying degrees a Tex Mex flavour, again, not so much generically as in feeling, with this lovely album being an example. All of this despite the fact that much of the album was recorded in Nashville, proving, I suppose, that you can take the girl out of Texas but ………..!
Amanda possesses a lovely rich vocal style that is full of character and believability, with a maturity that avoids the cloying sweetness of many of her peers, (not the Texas ones!) even at times having an appealing bluesiness. She creates a hugely evocative atmosphere on every song thanks to her ability to modulate her voice to each songs individual needs and what tremendous songs they are, with some gorgeous melodies that stay in the memory and lyrics that are beautiful poetic reflections on life as if summing up the events that have taken the subjects to their current status and what further needs to be done in the future. The songs range from slow moody ballads to excellent mid tempo country rockers, with Amanda on lead vocals, and excellent support from George Bradfute on guitars, Ron de la Vega, bass, Mickey Grimm, drums and  percussion and Tim Lorsch playing violin, baritone violin, cello and mandolin. These are supplemented by steel guitar, accordion and organ, with all of the named instrumentation being used carefully to bring a little variataion to each song.
Twelve of the fourteen songs were written by Amanda with the two covers being an excellent version of the Jagger/Richards penned No Expectations and the atmospheric, traditional blues Wish I’s In Heavan Settin’ Down (including the unnecessary but not detracting crackles and pops!). There is a beautiful steel guitar on Barking
Dogs, a lyrically expressive song that depicts someone with nothing left to stay for, running away to Mexico from a lost love, with the fiddle and steel giving a strong evocation of the Tex Mex setting in which the story is set. The Story Of My Heart is another strongly poetic tale with gorgeous steel guitar supplemented by the accordion to enhance the beauty of the lyrics, followed by the title song, the slow moodily reflective love story Royal Street, with acoustic guitar and violin supported by the dramatic, mournful cello playing around the melody. Better On My Own contains an atmospheric dobro on a broken love story that is poetic and highly descriptive of the characters emotions with a nice twanging guitar solo and Amanda’s aching vocals dredging every drop of feeling out of a very good song. Despite being a sad song Unbind has a more upbeat musicality on a lovely twangy mid tempo country song with nice fiddle and lovely accordion on another sad story tale of a girl leaving a small town behind following the loss of her love. Many of these excellent songs are lyrically downbeat but such is the stylistic variation and the just as varied music and vocals that the album never descends into self pity or gloom.
It is an album that, more than most, repays repeated listening sessions with it’s poeticism, sense of drama and varied tempos and moods. Not so much challenging as rewardingly mature.