A History of the Blues: Chapter 11 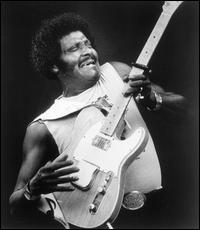 Junior Kimbrough – All night long. 1992. All night long. (Kimbrough).
B.1930, Miss. D.1998. His hypnotic blues were confined to his home region for most of his career, until in the early ‘90’s when he appeared in the film ‘Deep Blues’ & appeared on the soundtrack. He was totally influenced by the early Delta bluesmen, but didn’t make his first single until 1968. He recorded a few more over the next 20 years until his ‘discovery’.

R.L.Burnside – Jumper on the line. 1992. Deep blues  (Burnside).
B. 1926, Miss. One of the all time great Delta juke joint blues players. Was taught to play by his close neighbour Mississippi Fred McDowell. Was featured in ‘Deep blues’ with Junior Kimbrough, which, as in the case of the latter, led to unexpected fame. 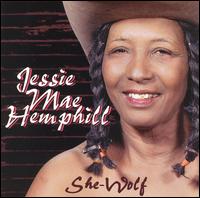 Jessie Mae Hemphill – Shame on you. 1992. Deep blues  (Hemphill).
B.1934, Miss. A Mississippi singer/guitarist, Jessie Mae Hemphill weaves strong Delta traditions into her idiosyncratic style. Hemphill comes from a musical background — reportedly, her grandfather was recorded in the fields by  in the '40s. Jessie Mae learned how to play guitar as a child by watching her relatives perform. Throughout the '60s and '70s, she sang with various Mississippi bar bands. In the early '80s, she decided to pursue a solo career. Hemphill began playing solo dates, supporting herself only with an acoustic guitar and percussion. In 1981, she released her debut album, , on the European record label, Vogue. In 1987, her first American record, , was released. In 1987 and 1988, she won the W.C. Handy Award for best tradtional female blues artist. Hemphill abandoned a recording career after the late '80s, but she continued to perform into the '90s.

John Campbell – Ain’t afraid of midnight. Howlin’ Mercy. 1993. (Campbell/ Walker).
B.1952, La. D.1993. Was involved in a near fatal drag racing accident at age 13. He lost his right eye, broke 5 ribs, punctured a lung & one report suggested he had 200 stitches in his face. Had incredibly powerful voice & was a fiery guitar player, sometimes using slide. Only made 3 albums. 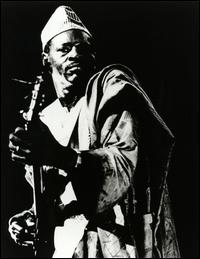 Ali Farka Toure –  Roucky. 1992. The Source. (Toure).
B.1939, Mali. One of the most internationally successful West African musicians of the '90s, Ali Farka Toure was described as "the African " so many times that it probably began to grate on both Toure's and 's nerves. There is a lot of truth to the comparison, however, and it isn't exactly an insult. The guitarist, who also plays other instruments such as calabash and bongos, shares with  (and similar American bluesmen like ) a predilection for low-pitched vocals and mid-tempo, foot-stomping rhythms, often playing with minimal accompaniment. Looked on as a link between blues & African music.

Taj mahal & Toumani Diabate – Catfish blues.Kulanjan. 1999. (Mahal).
For Taj bio. See week 1. Diabate -. B.1965, Mali. A master of the kora (A 21 string West African harp, before you ask!), Diabate has brought the traditional music of his native Mali to the attention of an international audience with a series of well received solo albums, and some unlikely, but acclaimed, collaborations. Yet another blues link!

Otha Turner. – Station blues. From Senegal to Senatobia. 1999. (Turner).
B.1907, Miss. D.2003, Miss. The last surviving master of the Mississippi back-country fife-and-drum tradition, veteran bluesman Othar Turner was born in 1907, spending his adult life as a sharecropper in the city of Como, an area several miles northeast of the Delta region which also gave rise to musicians including , , and . Beginning his performing career around 1923, Turner initially played the blues as well before picking up the thread of the fife-and-drum tradition, a primitive take on African-American hymns and songs which dates back to the northern Mississippi hill country culture of the 1800s; mastering the fife (a hollow, flute-like instrument typically manufactured from bamboo cane), he toiled in relative obscurity for six decades while leading the , a loose confederation of relatives, friends and neighbors which played primarily at picnics on his farm. (For a number of years, the group annually opened the Chicago Blues Festival as well.) With his contempories either deceased or infirmed, by the 1990s Turner was the final surviving link to fife-and-drum's roots; in 1998, his music was finally preserved on the album , recorded between 1992 and 1997 by producer . A follow-up, , appeared in 2000.

Sherman Robertson – I’m your man. I’m the man.1994.  (Vernon/ Wingfield).
B.1948, La. He is a singer and songwriter & is very much a product of the region of the country that he grew up in: he's one part zydeco, one part swamp blues, one part electric blues and one part classic rhythm & blues. His guitar playing style is extremely rhythm-based, but at the same time, he plays some extraordinary slide guitar.

Keb Mo' –  Come on in my kitchen. Keb Mo'.1994. (R. Johnson).
B.1951, L.A. Keb' Mo' draws heavily on the old-fashioned country blues style of , but keeps his sound contemporary with touches of soul and folksy storytelling. He writes much of his own material and has applied his acoustic, electric, and slide guitar skills to jazz and rock-oriented bands in the past as well. Has made 5 albums to date, all highly listenable. Excellent guitarist & songwriter.

Chris Smither – Jailhouse blues.1995. Up on the lowdown (Trad.).
B. 1944, La. Like  and a handful of other musicians whose careers began in the 1960s blues revival, guitarist, singer and songwriter Chris Smither can take pride in the fact that he's been there since the beginning. Except for a few years when he was away from performing in the 1970s, Smither has been a mainstay of the festival, coffee house and club circuits around the U.S., Canada and Europe since his performing career began in earnest in the coffeehouses in Boston in the spring of 1966. Has only made 9 albums in 33 years.