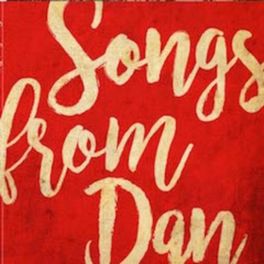 Australian born Tasmanian Dan Tuffy was bassist and vocalist with 'Wild Pumpkins at midnight' back in the 1980s a band with whom he made numerous recordings and who then transferred themselves to London, eventually followed by the Netherlands in 1990, where Dan continues to live and work. He subsequently formed the folk/blues band 'Big Low' and continues to write, record and produce, with this being, to my knowledge, his solo debut album.
There are just nine songs on this tremendous recording, all of which were written by Dan and from the very first play the listener will realize that this is an album made by a special talent. There is a strong sense of originality and individuality to every song, all performed in a style that many have plumbed before him but it is the subtle little changes that set him apart and raise him to the rarefied level that will make him the envy of most singer songwriters. His vocals have a depth and an ability to express a variety of emotions that only the most talented are able to acquire, not necessarily a huge vocal range but certainly the flexibility and ability to generate a powerful atmosphere are there in abundance.
There is nothing on the album that gets close to mid tempo but with songs and performances as strong as these, big tempo changes are unnecessary, instead leaving the reliance on quality, with a similar deceptive mellowness to an artist such as Nick Drake or Sam Baker. There is much more depth and musicality to this recording but it does contain a similar slow reflective moodiness. On some albums a slow pace can equate to blandness but these nine songs exhibit so much depth and character listeners will find themselves grateful for the fact that the album doesn't 'rock.'
The recording was done in just two sessions, the first in one afternoon in Dan's Netherlands studio and the remainder in Matt Walkers studio in Melbourne, Australia, along with all of the overdubs, whilst the album was produced by sonic master Zlaya Hadzich and Matt Walker.  The personnel used was Dan himself on guitars, vocals and some bass, Matt Walker played  guitars, keyboards, backing vocals, piano, steel and mandolin, Lucie Thorne added some gorgeous backing vocals,  Shane Reilly was on pedal steel and Grant Cummerford played bass. Interestingly Dan, Matt and Lucie recorded most of the songs live together and kept all of those performances but added whatever they felt the songs needed afterwards. To say it worked out beautifully is an understatement!
The opening song The biggest bastard that ever rode the west gets going with a lovely mellow acoustic guitar sound that is soon joined by Dan's warm expressive vocal on a song that has a hugely appealing soft flow. The intervention of a gorgeously 'epic' twanging electric guitar adds yet more depth and warmth to a self deprecating tale, with keyboards in the background as the song slowly builds a dense atmosphere. A slow beautifully melodic and twangy guitar allied to a beautifully expressive and warm vocal that is reminiscent of the late great Guy Clark all serve to highlight the sparse Stony cold heart. It is almost impossible to have instrumentation and lyrics working successfully at this very slow pace without the arranging talents and belief in your own work to know that you can pull it off. Most would fail in the attempt but pull it off Dan most certainly does on this tremendous song. There is a lovely acoustic guitar and weeping steel on Stay true, a beautiful country ballad, which again has the feel of an artist such as Guy Clark, with some lovely harmonies supporting him on the song. The final song on the album is The dying rider, a story that includes a chugging guitar and a just above talk vocal from Dan on an atmospheric composition set in Australia. The melodic electric guitar gradually works its way into the song solidifying the strong atmosphere, eventually joined by the haunting steel guitar and solid bass on another quite stunning tale.
Despite the fact that this recording contains songs that never reach mid tempo I suspect that at the end of this year it will figure highly in many people's best of 2017. The songs are all beautifully written stories, with Dan's vocal performances perfectly evoking every syllable of his lyrics on this tremendous, if often sparse, album. The warmth of the arrangements will wrap themselves around listeners creating an atmosphere that makes it a disc that many will wear out before they get fed up with it!