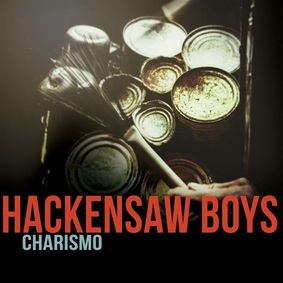 Often, in my ever so slightly disjointed mind, I associate a sound that is usually described as 'high lonesome' as a sanitized version of modern day bluegrass. I know it's never that simple and certainly with just a smidgen of thought I realize how ludicrous that association can often be and yet, there is still that nagging feeling. Perhaps it is something that goes back to childhood or one of my myriad bad experiences in adulthood when maybe I was listening to something now long forgotten, but something that epitomised blandness and was described by all who heard it as 'high lonesome.' Whatever the reason, I'm loath to use that phrase in isolation because of what it conjures up for me when my belief is that 'high lonesome' should also have the distinct edginess that the early Appalachian musicians, who played for their own pleasure and the amusement of a few friends and neighbors, undoubtedly had. If you go along with my belief, this incredible album consists of 'high lonesome' music, in all its glory!
I first saw the Hackensaw Boys a few years ago and have since seen them on each subsequent visit they have made to the U.K. They are playing at this year's Maverick Festival in rural Suffolk and for me they are worth the price of admission, even without any of the other undoubtedly excellent artists who will be playing there. The American band that has set the pace and had most success in this loose style are the Old Crow Medicine Show who I felt played one of the best gigs I have ever seen and yet from my memory I'm pretty sure that I also felt the Hackensaw Boys were a match for them in just about every way with their fire, passion, sheer exuberance and of course excellent playing and vocals.
So many people have passed through the Hackensaw ranks in the seventeen years since they formed in Virginia that it's difficult to know exactly what the core lineup was for this first album in nearly a decade, although the songs were all written by mainstays David Sickmen and Ferd Moyse who both handle vocals, plus guitar and fiddle respectively. On tour they will be suplemented by  Brian "Nugget" Gorby on 'Charismo' (a self made percussive conglomeration of hub caps, tin cans and much more!) as well as drums, with Jimmy "The Kooky-Eyed Fox" Stelling on banjo, so it is probably safe to assume they played on the album as well. The eleven songs are all beautifully written and range from a slow and moody tempo to a turbo charged upper mid tempo that are all stylistically steeped in a blend of 'old timey,' blues and folk all perfomed with a punked up alt. country sensibility!
From the first notes of the mandolin on album opener C'mon Baby Don't Bet Against Me there is a 'high lonesome' atmosphere on a song that beautifully blends traditional styles with plenty of modernity, even at times creating an otherworldly out of time aura in much the same way as 'The Band' in their heyday. The lead vocals are warm and melodic, with perhaps the rawness that the late great Levon Helm brought to The Band's style, all with harmonies that can't really be bettered and plenty of banjo, fiddle and mandolin beautifully driven by the deep bass. On Content Not Seeking Thrills (Are You?) the song opens with a high lonesome mandolin with percussion, soon joined by hard driving banjo and bass that combine to beautifully propel another excellent song that exhibits all of the bands musical skills at a steady mid tempo. The excellent vocals have a soulful rawness on a slightly unusual song that genuinely updates the old time folksy tradition without getting too close to modern day bluegrass. Banjo, percussion and bass get Happy For Us In The Down  underway on a song that has more of a folksy alt. country feel. It is an excellent ballad that has an entirely different feel to its predecessors at least until the sawing fiddle comes in to play. The lead vocal is both soulful and expressive and overall this song just adds to the diversity that few who work in a generically similar style could even attempt to emulate. The Sweet is a slow moody folksy song that again has echoes of The Band with the strong expressive lead vocal and beautifully blended harmonies, with banjo to the fore supported by bass and joined by the fiddle on a tremendous song. Final mention goes to Wolves Howling with its sawing fiddle, mandolin and percussion somehow giving the song the feel of an old American civil war composition, soon joined by the expressive lead vocal on a tale that would still have a powerfully dramatic feel even without the atmospheric vocal.
This is an album on which a collection of excellent original songs are performed  with fire, passion, conviction, hugely evocative vocals and tremendous playing and if you find a better album this year within the broad roots field than this, please let me know. I'm not expecting to hear any time soon!