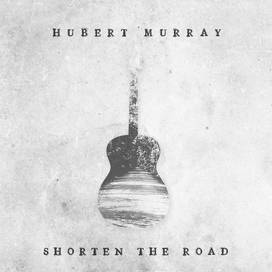 County Galway native and now Lewes, Sussex domiciled Hubert Murray has a strong expressive vocal style that is able to evoke a whole range of emotions and styles within roots music, allied to which he is also a truly gifted guitarist and songwriter for whom really, the sky is the limit. He plays blues, Irish folk and a strain of bluegrass that has much in common with old timey, all propelled by the extraordinary dexterity of his guitar work. He is perfectly at home whichever of the above styles he finds himself in, in fact on occasion's elements of all the above can be found in individual songs, such is his ability to blend styles and move between them seamlessly.
Hubert is not only a gifted solo performer who has played in some top venues but is also a member of the extravagantly gifted 'Lands End' and 'Hot Rock Pilgrims.' The former have an excellent e.p out and is a band peopled by Hubert and several of the most talented young Irish musicians around who spend much of their time playing the already mentioned bluegrass and more. I saw them on the Sunday afternoon of the Kilkenny music festival in a pub where a full house was treated to just about the most musically entertaining afternoon I have ever witnessed.
There are five excellent Hubert original songs and one tremendous instrumental, Sally Goodin, on this disc on which he takes all lead vocals and plays guitar. He is helped out by Leanne Thorose on mandolin and backing vocals and by Paddy Kiernan, also a member of Lands End, on banjo. The opening song is Will you love me again, on which Hubert's questioning lead vocal is supported by his guitar and Leanne Thorose's exquisite mandolin and backing vocals. It is a song that is pretty much indefinable generically, but could as easily be labeled country as blues. Can't stop playing the blues is an excellent, easy rolling song with Hubert's vocals at their expressive best and are well supported by Paddy Kiernan's melodic banjo. Finally, Run buddy run is another beautifully written and performed song that realistically can be slotted into blues or country genres. It includes his usual excellent vocal and guitar playing along with the dynamic banjo on a song that has a reflective, wistful atmosphere and in a different version can be found on Lands Ends 'The Border Sessions' e.p.
I look forward to the time when Hubert or any of the bands he plays with release a full length album. There is so much talent in him and his colleagues that their music really should be heard by the 'masses.' I'm pretty sure if it was; the more manufactured 'musicians' would find themselves struggling as many with real talent currently are. This high quality disc really should signal the start of a successful recording career for Hubert, as similarly 'Lands End's also excellent e.p. should for him and the band.