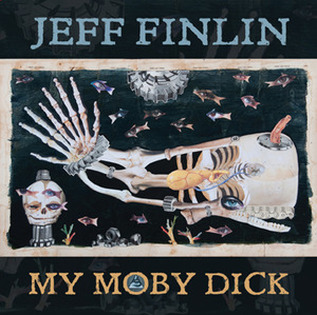 
This is Jeff Finlin’s eighth album release that I’m aware of, all spread over the last fifteen years and each of an excellent quality. Not that the quality has always been quite as high as this new release but on receiving the album I revisited his first couple of releases, both of which would have been well worth at least four stars! It’s only when you put them up against such an accomplished set as this current release that you start to realise how much his all round abilities, particularly his extraordinarily lyrical song writing, have all improved in that time. I think that what has held him back from being a superstar is the incredible depth of his songs. In this throwaway age‘mainstream’ music followers often seem to turn their backs on anything that has a quality that requires listening to rather than just being in the background. There is nothing ‘showy’ about this album, just tremendous songs, excellent arrangements, evocative vocals and a sparse but varied and often unusual  instrumentation.
Although it’s a cliché his songwriting paints hugely atmospheric pictures in much the same way as the work of a very good novelist but the bonus is that there are some gorgeous melodies locked up in his haunting songs. The various situations are so easy to picture with his highly descriptive and literate style. His raw but melodically full of conviction vocals gives the all Finlin original songs total believability, with there always being an air of drama
irrespective of whether the content is particularly dramatic. It’s rare that anything reaches mid tempo and the instrumentation is, if not sparse, at least used sparingly and yet there is tremendous variety within the tempos covered and the overall atmosphere. The band consists of Jeff Finlin on all lead vocals, drums, acoustic and electric guitars, keyboards, percussion and piano, Dave Jacques on bass and Joe V. McMahan on guitars, with various other high caliber musicians, such as Fats Kaplan, being used to a lesser degree and the album is produced by Jeff Finlin and Joe V McMahan. The playing of all concerned is always excellent and totally sympathetic to the lyrical content. The instrumentation often creates a dark foreboding atmosphere that at times is quite mesmeric, pulling no punches even on songs that are less dark lyrically creating a strange slightly unnerving world that most of us visit at some time in our life. It is his ability and vision in creating that atmosphere that makes his work so unique.
The album opens with Walking On Air, driven by an incredibly deep dark twangy guitar that along with his
equally dark vocals creates a threatening air that seems to be at odds with the lyrical content but ensures an immensely powerful start to this often broodingly atmospheric album. Big Sun Going Down opens with a nice acoustic guitar and bass drum thump before being overtaken by a twangy guitar that eventually is added to, producing a powerfully atmospheric discordancy in the instrumentation, on the tale of a dead end town. This is followed by the contrasting Language Of Love, on which the lead string instrument is the Diruba (similar to a sitar) and brings a completely different perspective to the album especially with the inclusion of strings (mellotron?). This is a song that has a strange, eerie, but lyrically much lighter feel, eventually segueing into It Didn’t Rain That Year, a song that still contains plenty of eerie twang as well as a touching sadness. It tells the story of the struggles of a poor farmer subjected to drought conditions to add to his other problems and yet the whole feel of the song is one of an inherent sense of a philosophical acceptance of lifes foibles. And this is  exactly what you get with this tremendous album, not only a lyrically emotional rollercoaster, but the same can be applied to the instrumentation with it’s often pervading overwhelming dark atmosphere that blends beautifully with some of it’s occasional lighter textures as evidenced by the gorgeous haunting steel guitar on the reflective break up song, Going Nowhere.
You are always left wondering despite the frequency of listening sessions, what will come next on
this strange unusual album that genuinely gets better the more it’s listened to. Buy the album and prepare to be transported to the often dark but melodic world of a totally unique singer songwriter.