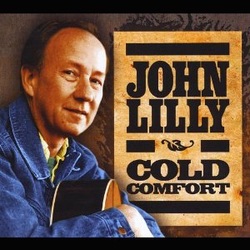 ‘Pleasant’ sounding albums such as this often run the risk of being accused of having a lack of soul,  but this man has such a huge talent it’s impossible to not be drawn into these incredibly creative and atmospheric stories. It shows the level of esteem in which John Lilly is held by the quality of the support players on this always pleasant, at times edgy album. Amongst others he is helped out by Sonny Landreth and Bill Kirchen on guitars, Tim O’ Brien on fiddle and guitar, Johnny Staats on mandolin, the gorgeous vocals of Brennen Leigh, and so the list goes on. All of the songs are written by John Lilly and cover an extraordinary range of subjects and tempos, but always with his pleasantly expressive vocals at the root, although credit must be given to Tom Lewis’s drumming and Ric Ramirez bass playing for underpinning everything brilliantly, thus allowing the other featured musicians free rein.
His vocals are at times a little reminiscent of singers such as Bobby Vee or Buddy Holly and the music stylistically and quality wise has a lot in common with the upper echelons of 1940s and 50s ‘Country & Western,’ but fortunately steers clear of the formulaic ‘Nashville sound’ that dominated latterly. The playing as you would expect, is of the highest quality and whilst there is a little sugariness at times in the overall sound the album oozes quality and has an almost indefinable edginess that is probably due to the fact that this is the music Lilly grew up with and  comes to naturally, rather than through any commercial contrivances.
The scope and range of his songs is difficult to describe in a few words but the tempos are varied and cover unsurpassable two part harmonies on the gorgeous ballads I thought you’d never call and I don’t know where to start, with Brennen Leigh’s beautiful voice being as perfect a blend with his as it is possible to get. Anyone but you is a sad slow, moody cheating ballad with gorgeous steel and fiddle that could and should be the benchmark for ‘cheating songs’ whilst the following track, Step by step, is a mid tempo role reversal with him being the person left in the lurch, but again the instrumentation is just about perfect. Short and sweet is a mid tempo ‘western swing’ novelty song that works well and there is even a comedic element in the used car song As is. Done done it is a slightly unusual blend of 1950s rock ‘n’ roll and country that can’t really be classed as ‘rockabilly’ but does work incredibly well. The album closer Somewhere in Texas  is a beautiful sad ‘leaving song’ on which there is just Lilly and an acoustic guitar and with no other instrumentation to distract the attention, really epitomizes the soulfulness that he puts into his work.
The album is co-produced by Lilly and Tommy Detamore and is pretty much faultless in that regard. A recording such as this just goes to show that country music can have a little sprinkling of sugar on it and hopefully have mass appeal, without the need to layer everything with a thick coat of saccharine! I must confess to not usually considering albums that sit in this, what I’ve always considered, populist strand of country music, but I’m now going to investigate his previous work, thanks to this tremendous ‘real country’ album!