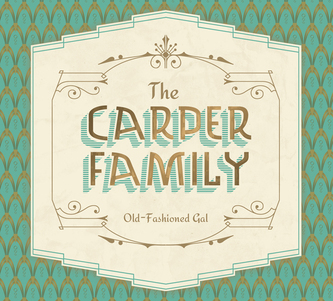 This terrific album is proof that beautiful vocals and perfect harmonies in ‘country music’ doesn’t have to sit safely in the mainstream and can actually exhibit an edginess that is belied by those gorgeous vocals. These three Austin based and hugely talented singer songwriters provide lead vocals and harmonies that will be difficult for anyone to match and when you add their expertise on
their stringed acoustic instruments, perhaps their talents should edge them in the mainstream direction and give it a good shake up! Maybe it’s their location that has helped them to avoid the music having too much sweetness despite its beauty. Texas is not renowned for echoing the formulaic country music that often comes out of Nashville, and Austin in particular has for a long time been  renowned as a musical centre where pretty much anything goes, if the quality is there. There certainly is quality in this trio and the same goes for their consistently excellent recordings of which this is their third and possibly  best yet.
As with their previous albums, 2010s “Come see yer ol’ daddy” and 2011s “Back when,” this current offering is a gorgeous album of Texas country music that often contains a strong western swing element, all done in the Carper’s own unique style. Despite sitting comfortably in the country field they always have that slight edginess to their songs, obviously something inherent in their makeup that enables them to steer well away from any cloying sweetness and yet incorporate their beautiful feminine lead and harmony vocals.  The trio consists of Melissa Carper on bass and vocals, Jenn Miori, guitar and vocals and Beth Chrisman on fiddle and vocals, with the
instrumentation supplemented by artists of the caliber of Cindy Cashdollar, who also co produced with Billy Lee Myers Jr, on a variety of guitars, Bill Kirchen and Brennen Leigh amongst other Texas musical mainstays. The lineup in itself gives some indication of the quality of this talented trio that they can call on the services of such talented people.
Of the fifteen songs, six are Carper Family originals with the covers taken from straight country, bluegrass and even rock, in the case of their beautiful version of Neil Young’s Comes A Time, all blending perfectly on an album that is so varied it repays more and more with repeated listening sessions. The tempos vary from slow moody
country ballads to mid tempo bluegrass, although other than ‘Texas country’ their music is difficult to label. Just as you think a song can have a label affixed to it another generic offshoot springs to mind. Perhaps a song that seems to give a first impression of being bluegrass slowly takes on a ‘western swing’ or ‘hard country’ feel. This happens on most of their songs and is fairly obviously a strong element in giving their music its unique and recognizable style, something very few in their loose genre can more than allude to. All three women have beautiful voices, with each at various times handling lead vocals, with their harmonies being quite literally unsurpassable, in fact it is those exquisite vocals that provides the focal point in their music.
The album kicks off with Melissa’s Old Fashioned Gal, with its classic ‘western swing’ fiddle intro and Melissa’s gorgeous vocals and group harmonies on a song that always has a strong western swing flavor of indeterminate date, something that applies to the atmosphere created on many of their songs. My Ol’ Chevy Van is a song that fits a classic country mould but with recognizable elements of a number of offshoots, such as western swing and the high lonesomeness of bluegrass, and includes a lovely fiddle intro that leads into gorgeous vocals and harmonies on this slow moody song that is supplemented by the light touch of a mandolin accompanied by dobro. I
Gotta Have My Baby Back has some gorgeous steel guitar on a country song that has a strong jazziness with its piano and fiddle accompaniment, perhaps more than most ‘western swing’ songs, in many ways making it even more of a throwback to the ‘pure’ country music of five or six decades ago. Fancy Pants has a lead vocal that could easily be Dolly Parton (but isn’t!) on a chirpy song that is driven by the double bass with nice fiddle and the gorgeous harmonies that we have come to expect. Final mention goes to Aunt Rose a tremendous acapella performance that highlights the beautiful lead vocals and harmonies with just foot stomps for accompaniment.
Everything about this superb album oozes quality but what lifts it above most other similar albums is that this one, despite its beauty, has a little grit that removes any overt sweetness. Long may they continue on this vintage country music path!