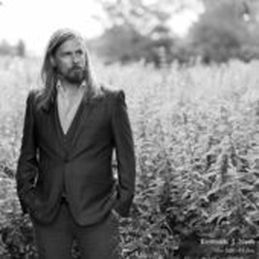 It almost pains me to say this, but until I played this tremendous recording I had never heard of Kenneth J Nash, despite this being his fourth album and just to add insult to injury he is an Englishman! To add even more insult to (my) injury it is fairly obvious he has an immense talent as a singer songwriter, certainly on the evidence of the lyrical tales contained on this disc, so as happens on the rare occasions that you discover a talent of this magnitude who is well into what will be a lengthy and fruitful career, I now need to invest in his previous three albums. At least that will be some recompense! One description I've seen refers to him as a 'veteran DJ and musician' and as such his rambling lifestyle has more than adequately prepared him with more than enough stories to fill his albums.

The songs are beautifully written reflections on life with plenty of regret and darkness, a sparse instrumentation and a slow moody pace that never gets much above a mournful funereal speed, but contains a depth and quality that few can match. I read that he is often compared to the likes of Tom Waits, Leonard Cohen, Nick Cave, Lou Reed and even Johnny Cash but his perfectly balanced moodiness keeps bringing me back to Sam Baker whose talk vocals are much less melodic than the deep expressive sound that comes from Kenneth's vocal pipes but that addictive slow sparse moodiness does make them kindred spirits. There are some lovely female harmonies and the instrumentation, whilst sparse, is always varied, tasteful and often led by a lovely melodic guitar sound. It would be insulting to the tracks not mentioned to even try to pick highlights from this incredible album; suffice to say that all of the ten songs and two brief but melodic guitar interludes are both essential and of the highest quality.

I still can't believe I am so unfamiliar with a man of such extravagant talents but I definitely won't miss out on any of his future (or past!) recordings. It is rare that albums as slow and sparse are even close to riveting but this one certainly is, letting you know that those comparisons above are not so far from the truth, both in style and quality.