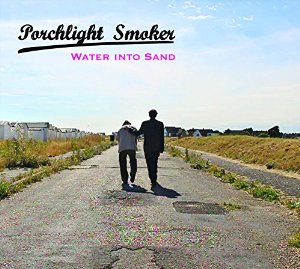 I suppose virtually all musicians would like to be all things to all listeners. It guarantees fame and fortune for one thing (or two!) and goes a long way towards vindicating their musical direction. If it is their own music and they have come to it quite naturally rather than being manufactured with sales in mind so much the better because then they gain not only popularity but also credibility with old cynics who are always bemoaning the fact that too much music is sanitized and then has huge budgets spent on it for promotional purposes.

What I am trying to get to in such a convoluted way is the fact that this hugely talented four piece band tick all of the positives as regards their natural musical abilities and make up, their expert song writing, their skills at interpreting the writing of others, three tremendous lead vocalists and the variety of their music all within the folksy/country roots music sub genres. The things they lack are the huge fame and fortune, for which the lack of a promotional budget and a total lack of sanitization are responsible, with this one sentence condemning them and to a large degree the music industry as a whole. Why? Because I've seen this band play live on a number of occasions and they are never less than riveting and this, their third album, follows the trend set by their marvellous debut, Porchlight Smoker' and its successor 'Porchlight Smoker 2' with its sizeable leaps in quality. So there we are, a readymade band of the highest quality who can go anywhere and play, surely not too big a gamble for the money men?

Back to the music and although it is too early in the year to start year end best lists there is no doubt whatsoever that this superb album will figure very highly in mine! I wrote a positive review for their debut and raved over their second. Perhaps part of that 'raving' was due to the fact that being a local band from my area and containing men who had to work for a living outside of music, I was surprised that rather than the quality of that debut being a fluke it was actually upped on that 'difficult' second album. I've been waiting with bated breath to hear how their third album would pan out, after all there are very few if any  'superstar' bands that have managed to make three high quality albums in a row, much less each, one improving on its predecessor!  I needn't have worried. After playing this album on and off for several months now it's extraordinary quality is there for all to hear. To start with, virtually all of their songs have a strong catchy melody and there are some excellent stories as well as a little humour to alleviate the more serious lyrics. All are masters of their instruments and as I've already mentioned, there are three excellent lead vocalists, each with a distinctive style of their own, ensuring that their often four part harmonies are almost peerless. Their music ranges from 'country and western' to 'alt. country' with a strong dose of 'Celtic folk' and even 'hillbilly' in the mix. All of the songs are beautifully arranged and there is a hugely appealing 'edginess' that is a million miles from mainstream sanitization. Despite that variety there is a balance and flow to this recording, unsurprising when bearing in mind the quality of writing and performance.

So who are these four talented musicians? They are Scott Smith on guitar, lap steel, banjo, harmonica, mandolin, clarinet and vocals, Steve Bell, banjo, guitar, harmonica, mandolin and vocals, Fred Gregory plays guitar, mandolin and vocals with Scott Warman laying the most solid of foundations with his stand-up bass, plus glockenspiel and vocals. Most of the songs were written by either Steve or Fred but there is a tremendous cover of Jimmie Rodgers Waiting for a train' and an excellent tale written by steel guitar player Jeff Pickering of which more soon!

Of the songs themselves, there are eleven on this album, including an incredibly catchy instrumental Cleaner's Rag, a tune that includes banjo, dobro, fiddle and mandolin. The Fred Gregory penned Man in a Boat is an excellent quirky 'hillbilly' song with chirpy instrumentation that includes banjo, steel guitar and accordion with some really  excellent band harmonies. Many of the Fred penned songs have an appealing, for want of a better world, 'quirkiness' that put alongside his distinctive, expressive vocal style makes him and his songs instantly recognisable. Steve's songs are very much rooted by his Scottish folk roots as are his vocals and yet thanks to the musical talents in this quartet any stylistic joins are seamless as is the overall blend that when considering the finished article is very much overall a folksy Americana style. Steve Bell's lovely melodic folk song Maria Kennedy, complete with the usual excellent harmonies is a beautifully evocative ballad lifted by the inclusion of fiddle and mandolin into an atmosphere that is part folk, part country on a tale that gradually increases in emotional depth and power. A Day in Mid July is another gorgeous melodic song with a haunting harmonica in the background. Fred is on lead vocals, with the banjo meandering it's way through the background on a sad murder ballad told from the perspective of the killer. It is a tremendously well considered tale that doesn't answer questions, just offers a narrative without conclusions of a life that will soon end. Instead is a tremendous song, written by Jeff Pickering, and with all of the interpretive skills of Scott Smith's lead vocal used to good effect, with gorgeous steel guitar and banjo on a beautifully written and performed 'country and western' song. The band harmonies add considerably to the appealing emotion tugging song and the weeping steel always pulls at the heartstrings. Homeline is a lovely banjo led tale with Steve Bell on lead vocal and the usual tremendous harmonies on a haunting country story song with the accordion giving a western feel, allied to the just as evocative  fiddle. In many ways it is a song that is a powerful evocation of the old border based 'country and western' songs that were so popular five or six decades ago. With this sort of quality we could soon see that popularity resurrected! Final mention goes to the late great Jimmy Rodgers penned Waiting for a Train on which there is a really strong vocal performance from Scott Smith who seems to inhabit the song as if he had written it. It is led by bass combining with chunky guitar, banjo, mandolin and steel guitar on as good an update of the song as I have ever heard, even including some excellent yodelling!

So, all I can say in summing up is come on music industry there are some great artists out there who with very much smaller promotional budgets will make your money back through sheer talent, without the need for any manufacturing. At the forefront are a number of hugely talented soloists and bands, of which Porchlight Smoker are one of the best!