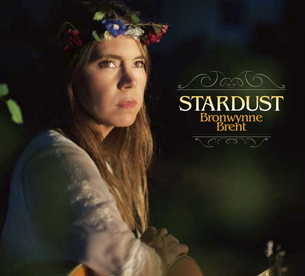 Whilst there is a high degree of excellence to all of Bronwynne Brent’s unusual songs, I suspect that what will stay in the memory will be her vocals. They are actually reminiscent of no one that I can think of although qualitatively and distinctively are up there with Joni Mitchell, Buffy Sainte Marie, perhaps even Nina Simone or Billie Holiday and others who are instantly recognizable. She imbues a lovely, hugely dramatic attacking quality to her vocals on every track, irrespective of content, ensuring that an intensely dramatic set of songs are never allowed to falter.

This is a beautifully constructed, arranged and played album of modern folk songs that lean towards dark country, but it is her often mesmeric voice that adds the extra quality to the tales, consequently lifting the album way above most of her peers, at times bringing an ethereal yet at the same time intense quality to many of the songs

The lineup for this excellent and unusual recording is Bronwynne on vocals and guitar, Calexico’s John Convertino on drums, Keith Lowe, bass, John Rauhaus plays steel guitar, banjo and dobro on some tracks, Dan Walker, keyboards, Johnny Sangster plays a variety of guitars as well as producing the album. All of the songs were written by Bronwynne and thematically could be said to be songs about relationships and yet that would be over simplifying this albums lyrical content that delves deeply into some of the clashes that happen in and around relationships, in many ways extending the subject matter way beyond simple tales of love found and love lost. They are not your average falling in or out of love stories but the twists of fate that surround those monumental events.

The album kicks off with The Mirror, with its lovely slow moody acoustic guitar getting things under way before Bronwynne’s mesmerizing vocal joins in on a song that suddenly takes off with the addition of drums, bass, Hammond and twangy guitar on a quirky tale of lost love. Don’t Tell Your Secrets To The Wind is a lovely shuffling song about someone who was long ago let down by a lover. The instrumentation and the chirpy vocal belie the sadness suffered by the subject but the instrumentation is incredibly well chosen with strings, guitars, mariachi horns and accordion deepening the atmosphere. Devil Again has a lovely banjo intro that is eventually joined by twangy chiming guitar on another beauty of a song that is lifted by Bronwynne’s incredibly atmospheric, emotional vocal on the tale of dire, if unheeded, warnings to a loved one. It is a darkly atmospheric song that in some ways can be tied in to the early recorded days of rural blues. Dark Highway is another song that evokes the early rural blues days but without overtly being a blues song. There is a quite harrowing feel to this slow moody tale of someone leaving a lover. Bronwynne seems able to put an incredible depth of feeling into the structure of the music, even ignoring the lyrics (not possible!) thanks to the perfect for purpose instrumentation blend that includes cello. On Already Gone we are treated to a gorgeous weeping steel guitar on a tale of the end of a love affair, with the solid repetitive bass giving a perfect foundation for the guitars and Hammond, thus ensuring a perfect melodicism that allows Bronwynne’s vocal to have its full impact on an emotional song. Final mention goes to the final song on the album, Marrying Kind. There is more gorgeous pedal steel guitar, this time allied to a twangy electric guitar on a song best described by its title. Generally, it includes country instrumentation on what is thematically a country song but the mix of instrumentation, Bronwynne’s vocal performance and her lyrics lifts what could on most other albums be a ‘simple country song’ to a level way above any standard generic field. A slow and moodily poetic tale to finish what is a quite stunning album.

Were Bronwynne not such a good songwriter, her vocals alone should ensure a rewarding (for us as well as her!) future, but her poetic, deep, thoughtful songwriting is of such quality that even at this relatively early career stage it is easy to see that she is the complete ‘package.’