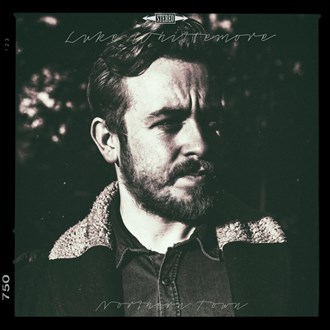 Luke Whittemore hails from Nottingham and this, his debut e.p, signals what could and no doubt will be the start of a great career on the edgier side of country music. I keep seeing Luke described as 'traditional country' but to be honest I don't know what is meant by this. My take on traditional is of the old 'hillbilly' music. I know that many look on it as 'country and western' of the 1950s, still others think the formulaic country pop that can often be heard from Nashville studios is the key to 'traditional.' Luke's music is undoubtedly country but it is certainly none of the above, being far more original in its nature than any narrow generic label can ever accurately describe. He is certainly not 'alt. country' because there are no punk or indeed rock elements and yet there is still plenty of excitement and challenge in his music along with the mellow warmth that often dominates these six excellent songs, five of them written by Luke. His lyrics are sometimes ambiguous when it comes to genre and his vocal is natural, not striving for an imitation American sound and whilst warm and expressive he has a nice edginess perfectly suited to his take on country.
Anyway, enough of what he isn't. What he is, is a huge new talent who whatever label we want to affix has a feel for open ended country music without actually resorting to being a copyist, having his own distinctive style that should appeal to fans of just about any sub genre within the wide ranging boundaries of country music.  Apparently he has led an itinerant lifestyle for quite some time, playing wherever he can, writing songs and adding yet more richness to his already many hued life experience. That has certainly stood him in good stead as evidenced by his writing on this varied e.p on which the lyrics are often poetic and the stories addictively dramatic.
The opening song Nothing beyond this northern town grabs the listener immediately with its quality and melodicism as it gets under way with guitar and his warm vocal on a slow mellow intro before percussion and steel guitar join in. It is a gorgeous country ballad, with a lovely melodic guitar on a broad sweeping cinematic song despite the themes stifling small town atmosphere that is projected by the lyrics. A melodic guitar and weeping steel drive Have mercy, a slow moody story of someone who can't escape his past experiences and excellent though all of the songs are, for me the highlight is the gorgeous closing song Cold on the hills. It has a beautiful melody, a great arrangement with guitar and banjo to the fore on a quite haunting story that could as easily be set in the Appalachians as the Pennines on a powerful epic tale of haunted loneliness.
As always with e.ps by a new artist you can't help but wonder if six excellent songs equates to a false dawn. A full album gives the listener a better chance of making some sort of a judgment but from what i've seen and heard on youtube, when added to the quality of this e.p, it becomes pretty obvious that rather than a false dawn this is merely a precursor to what is likely to be a successful career for a great new country singer songwriter talent.