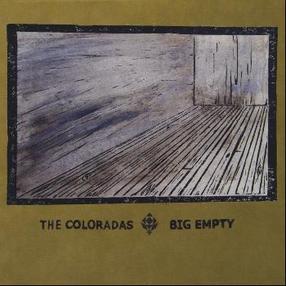 
The overall sound on this often extraordinary album is unadorned and mellow, despite the lyrics rarely displaying any sign of that same mellow atmosphere. Instrumentation is minimal,
mostly just acoustic guitar and banjo with occasional mandolin and harmonica with none of those instruments being hard driven! The reliance instead is on the strength of the lyrics, the always excellent lead and harmony vocals, a little instrumental colouration and most of all the spaciness that produces a very rich
high lonesome atmosphere emphasising the power of the songs. There is a haunting element to every one of the thirteen tales on the album and both men are communicative vocalists, able to wring every drop of emotion and believability out of their songs. It is the sort of album that can only be made by musicians at the top of their game in every department, with the quite dramatic exposure of not only their instrumental and vocal prowess but also the strength of their lyrics and melodies. This pair are not found wanting in any of those departments!
The ‘pair’ being Roy Davis on guitar and vocals, Bernie Nye plays banjo, guitar, harmonica, vocals and shares the songwriting with Davis, with Joe Walsh, again supplemeting the sound on a couple of songs with his tremendous mandolin playing. I say ‘again’ because he carried out a similar function on their excellent debut, simply titled ‘The Coloradas’ and whenever workload allows also plays live with them. In some ways the recording is reminiscent of Townes Van Zandt at his most sparse musically and most reflective lyrically and make no mistake, these strong story songs are not overshadowed by what the great Townes wrote at this stage of his career.
Virtually every song is performed at a very slow pace, with nothing getting close to mid tempo, and because of the spare instrumentation the emphasis is always on the lyrics. There have been many similar albums but the majority have failed, often because the lyrics are found wanting, but not this tremendous recording! Every one of the thirteen songs is worthy of it’s place on this exceptional album. The album gets under way with Just For You, a slow moody, almost homely, love ballad with gentle acoustic guitar joined by nice chiming banjo and excellent harmonies on the chorus. Well Worn Trail, again has a nice mellow acoustic guitar and good harmonies on a
song about a father encouraging his son to strike out on his own, told from the point of view of each. Advice that is taken, only to find changes on returning home many years later on this simple but heartfelt tale. The Bank Account Blues includes Joe Walsh’s beautiful chiming mandolin joining the acoustic guitar, bringing a slight change in colouration on a tale summed up by the title, reflecting some of the penalties paid by someone living in poverty but determined not to give in to his situation. On Last Year’s Rain there is another slight change with a repetitious bass drum beat adding a little more atmosphere with acoustic guitar for company on a song that alludes to the way life can beat you down. Like A hawk In The Desert Sky has a moodily eerie atmosphere thanks in part to the blend of banjo and harmonica, whilst the next song again includes the chiming mandolin on a bluesy country tale that is a tremendous evocation of a tormented man whose huge regrets are bringing him close to giving up. Finally,
Brother Dave is another sparse haunting ballad with banjo lead blended with the quiet acoustic  guitar on a terrific tale of murder and revenge.
We often talk about ‘front porch’ music and define it as exactly that, music that creates the atmosphere of being played on someones front porch. As colouration, perhaps we can add that the porch is in a tucked away ‘holler’ in the high Appalachians, or at least the backwoods! This album could actually be used to define that term with it’s home made feel, albeit of an incredibly high quality with it’s excellent story songs, some of which are powerfully thought provoking and inspire sympathy for most of the characters. Brilliant album!