A History of the Blues: Chapter 3

/ Nobody’s fault but mine – Blind Willie Johnson. 1927. The complete……
B.ca.1902, Tx. D.1947, Tx. One of the all time great slide guitarists. Used a knife as slide. Blinded at 7 during a fight between mother & step-father. Known as one of the all time great bluesmaen, but was really a gospel/blues player. Recorded 30 sides between 1927 & ‘30. Never recorded again, but played street corners of Texas towns to make a living.

5/ Nobody’s fault but mine – Blind boys of Alabama. 2001. Spirit of the century
Evolved out of a gospel quartet in 1937, Alabama. Recently played on Peter Gabriels new album. 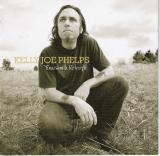 8/ See that my grave is kept clean – Kelly Joe Phelps. 1997. Roll away the stone
B.1959, Wash.State. learned country/folk songs on guitar, piano & drums from his father. Played free jazz until he discovered Mississippi Fred McDowell.

9/ Skin game blues – Peg Leg Howell. 1927. Before the blues, vol.2
B.1888, Ga. D.1966, Ga. Lost leg in 1916 due to a bullet wound. Went to Atlanta & got involved in bootleg licquor industry(!) as well as playing street corners. Went to prison for a year in 1925. When he was released he recorded prolifically for Columbia until 1929. Disappeared for decades until rediscovery in 1963. Had lost other leg through diabetes.

Notes – 1928 – Piano blues starts to become popular; started in southern barrelhouses & Chicago houseparties. Scrapper Blackwell & Leroy Carr pioneer guitar/piano duets.
Early in the year Victor set up its recording unit in The Memphis auditorium. They were ahead of their rivals because they used 2 carbon microphones, although these were temperamental. Ralph Peer was the engineer & talent scout. The first artists he recorded were Cannons Jug Stompers, Memphis Jug Band & Jim Jackson.

10/ Police dog blues – Blind Blake. 1928. Ragtime guitar’s foremost fingerpicker
B.ca.1890, Fla. D.ca.1933, Fla. Very little known about him other than that he was one of the early stars of recorded blues. Travelled the southern staes when young, playing at picnics, fish fries & for road/levee gangs.


12/ John Henry – Henry Thomas. 1928. Roots of rock
B.1874, Tx. D.ca.1930. Made first recording at over 50 years of age, thereby becoming the oldest bluesman to record. Probably the main link to earlier times. Made one of the earliest versions of ‘John Henry’.  Played quills or pan pipes simultaneously with guitar.

15/ Statesboro blues – Blind Willie McTell. 1928. Roots of Rock
B.1901,Ga. D.1959, Ga. This song is generally rated as his best & one of the most influential blues songs ever. First recorded 1927 & recorded about 60 sides pre war. One of the all time great 12 string guitarists. Not known if he was born blind. In 1933 he was playing the street corners with Blind Willie Johnson. Recorded a few sides in the ‘40’s & 50’s but never a commercial success. Died of a brain haemorage.

17/ Downtown blues – Frank Stokes. 1928. Memphis Masters
B.1888, Tn. D.1955, Tn. Formed the Beal Street Sheiks with Dan Sane, but recorded solo mostly. Was playing the streets of Memphis around the turn of the century & went on to play medicine shows & house parties.

18/ Canned Heat blues – Tommy Johnson. 1928. The friends of Charley Patton
B.1896, Miss. D.1956, Miss. Next to Son House & Charley Patton in importance to the development of pre Robert Johnson Delta blues. Had a good vocal range & was a brilliant slide guitarist. Only recorded a few sides. (1928-30) but helped to set the blues standard. Was a consumate showman. Would have been better remembered if he had not been addicted to alcohol, in any form! Often seen drinking heating liquid or shoe polish strained through bread! Amazing that he survived to 1956! May have been part responsible for the Devil at the crossroads legend.