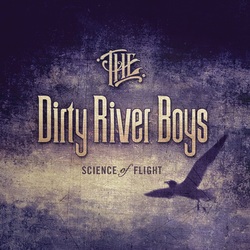 
Having previously recorded just 2 e.ps, 2010s excellent five track ‘Long Cold Fall’and the 2011 released and just as good ‘Train Station’ it’s nice to be able to report that the quality, individuality and great promise this excellent four piece showed then has come to fruition on this brilliantly conceived debut album. It contains a generous sixteen songs, fifteen of which were written by the band, the only cover being a stunning version of the Townes classic Lungs. They blend a punked up hillbilly sensibility, without overdoing it, with classic alt. country rock and with well chosen wide ranging instrumentation they are most definitely a young band that seem to have their own pretty much unique style within the loose confines of alt. country.
They are native Texans from El Paso and consist of Nino Cooper, Travis Stearns, Marco Gutierrez and Colton James. It is pointless trying to list who plays what and on which songs, simply because they apparently delight in
swapping instruments from song to song, live as well as on record, so it’s probably truer to say the band is made up of four multi instrumentalists, all seeming to be at least proficient on everything they turn their hand to, nearly
all of which is acoustic! It is also the case that there are a lot of instruments used on many of the songs but they are so well selected it just adds to the powerfully evocative atmosphere, whereas there are plenty of other albums with less instruments that  sound too dense. Much of the listed instrumentation, although not a majority, consists
of percussion, something they make very good use of, but again, it’s never over done, in fact that percussion is never far back in the mix on this well produced album and rather than being off putting actually gives the songs more power and atmosphere.
All four band members handle vocals with several of them being excellent on lead, with band harmonies being the icing on the cake. Even the ballads never descend into sweetness, always having a slight but appealingly hard edge thanks mainly to the rawness of the evocative vocals and yet they still retain an emotional tenderness where necessary. This album covers a number of different styles that are all easily placed under the roots music banner with most easily classifiable as alt. country. One song, Heart Like That, even sounds like it should be a Tom Petty recording, vocally as well as in structure, on a heartfelt tale of an idealized love. Another Raise Some Hell, with it’s nice mandolin intro, and excellent punchy percussion that includes bodhran has a Pogues like feel and sounds almost a like a revolutionary anthem, so there is plenty of versatility within the music they have a feel for! The title track Science Of Flight is a real beauty that is redolent of the aftermath of a battle with a nice acoustic
guitar intro and evocative vocal followed by dobro and atmospheric harmony vocal on a tremendous tale on which the power builds  with a strong bass and violin, followed by harmonica before the  dobro comes in again. Gorgeous song! Road Song is another top rate song on an album packed with excellence, with a tremendous percussive slap bass sound and a hard driving punked up, if sparse, country feel, with the raw melodic vocals and excellent harmonies on a travelling narrative, followed by the stunning Townes ‘cover’ Lungs, a slow moody anthemic alt. country tale with haunting steel, banjo, slide and acoustic guitars as well as a little electrification but despite the variety of instruments they are never overdone. It is quite sinister thematically giving a feeling of hopelessness for the progagonists. Tremendous song! In These Times has a haunting steel intro with slow moody vocal and excellent
harmonies with powerful percussion on an atmospheric tale of someone who has reached the depths and is in a struggle to fight his way back up, made even more spooky by the slightly distorted, unearthly electric guitar sound.
This is a tremendous debut album by a versatile young band that have a large degree of individuality, as well as talent and diversity. There is probably very little within the roots genre that they are not able to master and
more importantly, even allowing for that wide  variety, put their own recognizable stamp on.