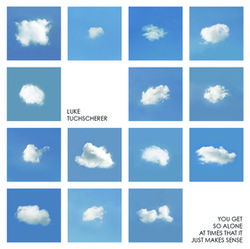 Luke Tuchscherer – You get so alone at times that it just makes sense
Terrific solo debut by a member of Britsh rockers ‘The Whybirds.’ Luke successfully explores his folksy country leanings on an album of quality songs, excellent musicianship and tremendous vocals. Atmosphere, tempo’s, writing and vocal qualities put him in a similar generic field to Lyle Lovett
http://www.luketuchscherer.co.uk/
http://www.thewhybirds.com/
(Full review to follow)


Mary Gauthier – Trouble and love
Her first new release in 4 years but as with previous albums manages to blend a stark, often dark lyrical realism with the beauty of her music, ensuring the believability in everything she does. Has survived and thrived following an early life that most of us would never have risen above.
http://www.marygauthier.com/


Mark Harrison – The world outside
An album that not only shows his ability to blend folk and blues but also frames his singer songwriter skills and his masterful ability to get beautiful sounds from his resonator guitar. This is a terrific album that gets better with each listen and has an overall sound that sometimes echoes the atmosphere of Paul Simons ‘Graceland.’
http://markharrisonrootsmusic.com/
(Full review to follow)

Andrew Maxwell Morris – Well tread road
He has a warm expressive vocal style not dissimilar to Chris de Burgh but fortunately Andrews songs lack the tweeness of the former. His songs, like his vocals, are haunting, memorable and driven by an innate power and an excellent band. The haunting sound creates a ‘countryish’ atmosphere but much of his style seems to be rooted more in folk music, albeit a modern day strain.
No website available but this is Andrews facebook page:
https://www.facebook.com/pages/Andrew-Maxwell-Morris/7227739852

Hans Chew – Life and love
An incredibly powerful sound drives this tremendous album, sometimes at break neck pace, but also with an occasional tenderness. This is fiery, hard driving roots rock of the highest order by a hugely talented singer, songwriter on his ‘difficult second album!’
ttp://www.hanschew.com/
(Full review to follow soon)

Davy Jay Sparrow & his Western Songbirds – All nite long!
A real throwback to the early days of western swing. None of the smoothness that besets many of the modern day bands who play this terrific blend of country and jazz. Add the raw, highly skilled but full of fire playing and Davy’s excellent, equally raw vocal (including yodels!) and you have an album that just about defines high quality ‘good time music!’
http://www.davyjaysparrow.com/

Introducing Fife & Drom
Tremendous seven song debut album by a New York city based four piece. The songs are all their own and really update the old blues from the early rural era to latter day Chicago blues, all carried out by some superb playing with the incredible vocals of Abby Ahmad, a woman who may very well have found the music she was born to perform, adding the icing!
http://fifeanddrom.com/
(Full review to follow)

The Howlin’ Brothers – Troubled
Incredible recording that is another contender for album of the year. This is their second full album and contains even more diversity than their first, ranging from blues, old time hillbilly, ‘country & western’ Cajun, gospel and even reggae, all played and sung by three expressive vocalists as if born to each of those styles! Great album!
http://thehowlinbrothers.com/
Full review to follow

Anna Tivel – Before machines
Beautiful breathy vocals on some great and poetic songs with a sparse but powerful instrumentation on a folksy album that other than ‘folksy’ is impossible to pigeon hole. There have been a huge number of worse ‘second difficult albums’ albums but few have been better or as fully formed as this gorgeous lyrical recording.
http://www.annativel.com/
Full review may follow