ROBERT VINCENT - I'LL MAKE THE MOST OF MY SINS
​ 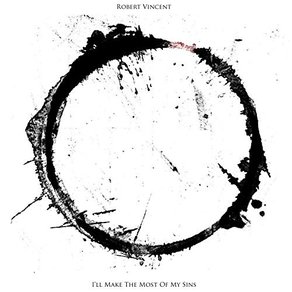 When Robert Vincent's debut album ' Life in easy steps' was released back in 2013 I was told by quite a number of friends in the music world that I really needed to listen to the album because this was a man destined for big things. I did as I was bid and whilst I enjoyed the recording, the talent being obvious to anyone who gave even a cursory listen to the album, overall and sadly I wasn't overwhelmed. There was nothing I could put my finger on but I guess it was just that I couldn't find anything inspirational or unique enough to really grasp what was going on. I should say straight off that 'I'll make the most of my sins' is a whole different ball game. Far from being the dip in quality that many second albums are, this one takes off into the stratosphere with its depth, scope, quality, imagination and the sheer mind numbing soulfulness of his incredible voice.
In the last couple of years I've seen Robert perform live several times and felt that perhaps he was one of those artists who was always going to be excellent live but whose recordings would never particularly flatter him or capture his natural talent. This album tends to disprove not only that theory but also the comment someone wrote about him that he is a blues and country singer songwriter. Prior to this album I may have agreed with that but as is often the case that mono syllabic description sells short an artist who, certainly here, blends those two genres but with further elements bubbling under including a huge and powerful helping of soul, all contributing to a unique stew of an album that has already no doubt been penciled in for many best albums of the year lists. This recording includes so many aspects of roots music that it is impossible to slot it into any specific genre, although perhaps the strongest showing is in country and soul, two genres that are frequently accepted as being poles apart, although really they shouldn't be. Robert Vincent binds them and much more together, including worthy helpings of blues and does it better than just about anyone else currently on the roots music scene.
His self penned and powerful stories are added to by the excellent playing and the tremendous melodies, with the incredibly dramatic production being excacerbated by the power and dexterity of his voice and the intense sense of drama in his beautifully written tales. Robert Vincent is an artist who just seems to have that extra something special that lifts him above the pack and whatever the songs subject matter, he incorporates a natural soulfulness, something that can't be convincingly manufactured, ensuring that whatever generic label we choose to affix, that label has to at some stage incorporate 'soul' even if the song is 'hard country!' In fact cliché though it is, his vocals are so exceptional that each of these eleven songs could have lyrics torn from the phone directory and the most sparse instrumentation imaginable and the album would still be spell binding!
So in love is slow, moody and intense with thudding percussion and a melodic guitar sound on a song that builds its tremendous power with a restrained haunting keyboard in the background with Robert Vincent's incredibly soulful vocal driving the song on. There is a little twang and excellent slide guitar later in the tale but it is a song that really can't be slotted into any particular genre other than being labeled as a dramatic and powerful ballad. On All for you there is a complete change with the sparse instrumentation and a much more restrained, but still tremendous, vocal from Robert. It is a song that has a little country in its makeup but again, blends with so much more. It is gentle but powerful and the harmonies add extra texture to another tremendous song, driven by the soulful dexterity of his vocals on a song that is musically mellow but vocally and lyrically full of drama. You wouldn't let it is another song that starts out as a sparse ballad, again with a lovely sense of drama and soul, and with a tuneful, melodic guitar and restrained percussion that come in as the song ebbs and flows through the dramatic emotional content and an occasional beautiful steel/slide guitar inclusion. Towards the end Robert is joined by some harmony vocals as the song builds to its climax. The instrumentation solidifies as the percussion, steel and keyboards join, only to fall away as the song finishes on the same mellow note it started on. It is genuinely a song of great beauty. Finally, on November there is an acoustic guitar intro, soon joined by a deep twangy electric guitar and Roberts manipulative vocal. The song rises and falls in its dramatic intensity and even threatens to 'rock,' something that adds yet more shade and texture to this tremendous album. The tempos in this one song vary from slow and moody to a hard driving mid tempo, perfectly suiting the songs moods, as does the instrumentation
I'm definitely going to have to revisit and almost certainly reassess his previous recording although it wouldn't surprise me if far into the future this recording remains a career highlight as well as being a highlight of the loose blend of genres he works in, irrespective of the labels we choose to use! I probably needed to leave writing this review for many more months because, despite too many listening sessions to count, it is still revealing more depth and nuance, with each session turning into a mini musical adventure. There are not too many albums you can say that about.