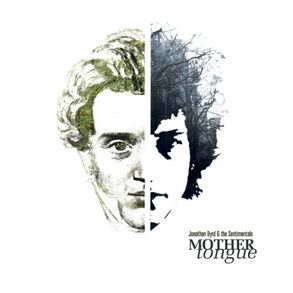 The songs on this recording are often lyrically dark and thought provoking, with a powerful poeticism and memorable melodies on what is really a stylistically ambiguous album. None the less, it does fit quite comfortably under the roots music umbrella, albeit one that often leans towards an edgy folksiness, even on occasions nudging country!

The Sentimentals are a hugely talented Danish trio who have the ability to add an intense depth of colour to anyone's music but they have never performed better than their sympathetic support on the equally talented Jonathan Byrd's songs as well as those he wrote with band member  M.C. Hansen, whose vocals are perfectly matched in warmth and quality to Byrd's.

Byrd solo has made some incredibly diverse albums that generally are rooted in the various elements of American folk music, including country and blues. He is a talented vocalist, writer and guitarist but for a man steeped in breaking down stylistic barriers there was no real risk in writing songs with Hansen despite them living on two different continents. The talents of all four men are there for all to hear, in many ways echoing the very few four piece bands that have this much quality, a huge tribute to this trio and soloist.

Everything about this album screams quality, from the original arrangements that are reminiscent of no one but themselves, the already mentioned excellent vocals, the high quality playing, but above all has to be the power of these dynamic songs and the performances. Success is usually judged in sales but irrespective of how this tremendous album sells, artistically it is a huge success. 'A match made in heaven' is a ridiculously over used cliché, ........ but none the less ..... !