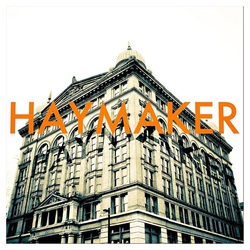 
This is Hayward Williams fifth studio album and whilst I have only previously heard his highly rated 2009 offering, ‘Cotton Bell,’ this is easily,  at least, on a par with that recording. He is an exceptionally gifted guitarist, songwriter and singer who possesses a strong, warm, expressive vocal style in a genre of‘roots music’ that should have appeal regardless of a listeners preferences. I’ve seen him compared to artists such as Bruce Springsteen and Van Morrison and whilst these are, in some ways, understandable comparisons he has  very much his own sound that has developed over the previous four albums and has
now come to full bloom on this new recording. However, I doubt that he will be content to just sit back on his laurels but will continue to develop his sound and expand his undoubted talent. His music has more of a natural darkness, than the above mentioned, and seems to apply to virtually every song, putting him in a pretty much unique position and making any comparisons virtually redundant. That is not to say that thematically everything is dark. It’s just that despite the fullness of his at times epic sound the compositions are always allowed  space to breathe without ever being overwhelmed by the density, giving many of the songs an almost anthemic quality. Much of that density is due to the positioning of the bass and drums in the mix, pretty much removing any lightness in the instrumentation and allowing his strong vocals to tell the story in that deep atmosphere.
His‘roots rock’ is not just plain and simple rootsiness generically. It has a natural, often dark, bluesiness to it, even veering in an alt. country direction on High Horse, a gorgeous haunting ballad that has Jessica McDonalds beautiful feminine harmonies and a lap steel as the dominant support added to his usual excellent melodic guitar  sound. The songs are excellent lyrically, concerning in the main down to earth problems and questions about life without ever thinking he has all the answers. Refreshingly non preachy!
That bluesiness is obvious from the opening bars of album opener Siren Sound, with it’s nice bluesy guitar intro that is followed by a quite epic spacy sound despite the prevalence of some spectacular and quite dominant keyboards. In many ways this and other songs on the album feel to me as if there is a link with the music that 16 Horsepower were making in their early days, not so much lyrically but in much of the spectacle of the music. Before the Storm, has Williams excellent vocals supported by evocative harmonies and a powerfully chugging guitar sound on a slow to mid tempo bluesy rock song, contrasting with the beautiful slow moody High Horse, that follows. Dead Wood Calm has a dark spectacular sound with keyboards eerily working away in the background and his vocal, guitar and bass drum to the fore on a song that despite the electrification has a rural sound, in some ways again reminiscent of 16 Horsepower.
On first listen I felt the album was a little above average, but what lifted it was the fact that if there is not a
huge amount of originality, Hayward Williams certainly has a unique style in a crowded genre. It is that style that gradually inveigles it’s way into the consciousness, as a consequence of which with every listen it goes up a further
notch in my estimation. This is now a very good roots album that contains a lot of literate roots rock and absolutely no bluster, with a nice bluesy blend, a little nod to pop rock, folk and a dab of country! As I said earlier, something
for everyone.