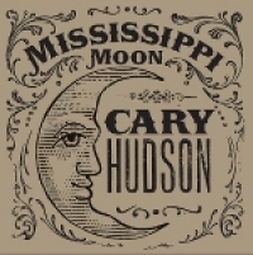 Cary Hudson is an unusual musical talent, even in the roots music genre that contains so many other unusually talented musicians! In his case it is simply that he has an extraordinary ability to be just as at home playing, singing and writing blues songs as he is alt. country and it would probably be inaccurate to label him as either. Since his days with the Hilltops, (a band that also included John Stirratt, soon to join Uncle Tupelo, Wilco and Autumn Defense) Blue Mountain and now as a solo artist he has had the ability to blend the two formats into an incredibly listenable brew of sounds. His tremendously dexterous guitar work and his pleasantly expressive vocals together give any album that he plays on its recognizable signature as they have done for more than twenty years. It’s probably stating the obvious but this album really does evoke the deep Mississippi delta, land of the blues, but also has a strong alt. country feel. At times there is also a New Orleans feel with some excellent boogie piano playing for company.
The album was recorded in Como, Mississippi at Jimbo Mathus’ Delta recordings Services and was actually produced by Jimbo so it’s no surprise that, despite electrified instruments, the album has a swampy rural delta feel to it. Adding their musical prowess to the proceedings were Eric Carlton on piano, Jed Newell on drums and Justin Showah on bass, with Cary on lead vocals and guitars. Of the songs, five were written by Cary, one by Dayna Kurtz, plus a co write with ex wife Laurie Stirratt,  a tremendous reinterpretation of the legendary Dock Boggs’ Country Blues and a just as good version of Goebel Reeves Hobo’s Lullaby. Such is the skill of the musicians and producer that despite some songs being predominately blues and some alt. country the blending is so good that it is difficult to put a label on this album.
The album opens with the Cary penned, slow, loping bluesy tale, Long lost friend, with its tuneful guitar sound aided and abetted by piano and harmonica, on a story summed up by its title and is followed by the easy going mid tempo paean to his Mississippi country girl. Storyville is probably the best song that he wrote for this album and is a bluesy jazzy song with echoing guitar and a swampy spooky feel that tells about an infamous area of New Orleans and some of the goings on! There are some absolutely gorgeous guitar sounds on his tremendous version of Hobo’s lullaby, as there are on the, if anything, even better classic blues of the haunting Country Blues. Rockin’ blues does exactly what it says with some terrific slashing slide guitar and deep bluesy harmonica and with his hauntingly folksy version of Dayna Kurtz’s Banks of the Edisto adding some reflection to the brew, this blend of genres really does become a pretty much unique genre of its own!
For several decades now Cary Hudson has produced some incredible music and with the passing of those years it’s nice to know that not only have his powers not lessened, they have actually got stronger. Intriguingly there is apparently a new ‘Blue Mountain’ album in the pipeline, but until, and probably far beyond the time of its release, this tremendous album will do nicely.