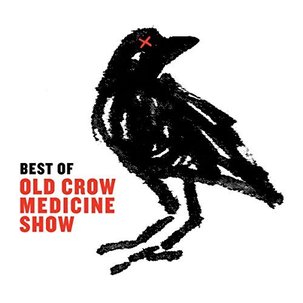 I've been a huge fan of the Old Crow Medicine Show since first hearing 'Greetings from Wawa' back in 2000. Then I saw them play one of the best live gigs I have ever seen a few years later in Brighton, and that was pretty much it, I'm now a fan until doomsday! I've looked forward with bated breath to every subsequent release, whether studio or live, and have yet to be disappointed, a state of affairs that I expect to persist for the remainder of their career or my life!
Even this compilation makes for fascinating listening with its pair of previously unreleased tracks tagged onto the end of this fourteen song disc. It is compiled from their three 'Nettwerk' releases, 2004s 'O.C.M.S,' 'Big Iron World,' released in 2006 and 2008s 'Tennessee Pusher,' all albums that represented the best music in the acoustic genres in which they work. Whilst a live setting is what actually defines this hugely talented six piece, their studio work is also uniformly excellent, allowing them to document some exceptional songwriting and performances.
To give the uninitiated a clue to their makeup Chance McCoy plays guitar, fiddle, banjo and vocals, Kevin Hayes is on guitjo and vocals, Critter Fuqua, slide guitar, banjo, guitar and vocals, Morgan Jahnig on upright bass, Cory Younts, mandolin, keyboards, drums and vocals and Ketch Secor on fiddle, harmonica, banjo and vocals. All are excellent vocalists whose harmonies are a match made in heaven and their virtuosic playing has to be heard to be believed. Whilst there are some impressive songwriting skills in the band they often perform the work of other writers from traditional to Bob Dylan. In fact, their next studio release, set for  late April 2017, is a reworking of Dylan's classic 'Blonde on Blonde,' a project that in other hands would be anticipated with some trepidation, but you just know that O.C.M.S will treat the songs with the reverence they deserve, and then put their own unique take on them!
I'm not going to say too much about the songs that make up this compilation other than the tremendous and previously unreleased Black haired Quebecoise and the equally excellent Heart up in the sky because no one ever agrees on the makeup of a compilation. We all wish our own favourites hadn't been missed out, but what I will say is that unusually I can't really disagree with the selections here that are led by many people's favourites such as Wagon wheel, Tell it to me and the driving Alabama high test.
The genre they work in is difficult to describe. On the face of it the description should be simple, perhaps 'old timey' or 'hillbilly' but there is often a strong folksiness in their live and recorded performances, as well as which I have often seen them described as 'alt. country' and 'an acoustic band with a punk attitude.' All of these names are pretty accurate but whatever label we affix they are one of the best American Roots bands so far this century, whose virtuoso skills are only matched by the passion, fire and perhaps above all the joyousness in their work  that few, if any, that I've ever heard can match and certainly non can surpass.
If you want a taste of one of the best bands around you could do a lot worse than purchase a copy of this compilation and I think I can pretty well guarantee your next purchases will be the remainder of their studio and live albums. They are touring the U.S in May and then in June will be playing three U.K concerts, in Manchester, Glasgow and London, followed by one in Amsterdam. An Old Crows gig should be on the 'To do before I die' list of anyone who considers themselves a music fan and whilst I have seen them I can't wait to witness another live performance from this great band!