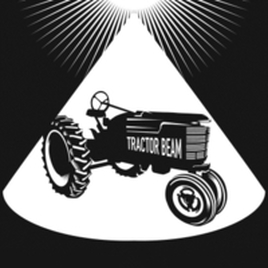 There have been so many corny jokes about banjos and their players, almost since the instrument was first heard, that the joke is wearing so thin it's become almost invisible. And yet, if I play an album and the first instrument I hear is a banjo it is well on its way to hooking me; if it is then joined by a fiddle I'm almost reeled in, so I was highly delighted to hear exactly that on this excellent recording by Richie and Rosie!
The duo are Richie Stearns on banjo and vocals, a man who has had spells as banjoist and lead singer with bands such as The Horse Flies and Donna the Buffalo whilst Rosie Newton plays fiddle and vocals and has toured and played with The Duhks. Of the twelve songs on the album seven are traditional, three were written by Richie, one by Rosie and one by Townes Van Zandt with there being three beautifully played instrumentals.
Richie's vocals have much more of a tutored feel than most of the 'old timers' of many decades ago but that is what helps to bring a believable updating to what are old musical styles. On the other hand Rosie's high clear vocals have a stunning beauty that blends perfectly with her partners, bringing a real power and a sense of an edgy vulnerability to much that she is involved in. The roots of the album are firmly embedded in 'hillbilly' and 'race music' or 'old timey' and 'blues' in the modern parlance but everything flows together beautifully and the overall feeling is of an album that is stylistically ambivalent in much the same as the old timers during the very early days of recording, although despite that, the recording has a strong unmistakable modernity in its makeup.
Things get off to a lovely mellow start on Richie's Ribbons and bows, with chirpy banjo and mournful fiddle soon joined by Richie's excellent warm manipulative vocals and Rosie's atmospheric harmonies, on a song that could just as easily be a century old as new. On Townes Van Zandt's classic If I needed you there is a sparsely featured guitar for backing on a gorgeous reworking, with the two voices blending perfectly, eventually joined by the mournful violin. Rosie takes lead vocal on the verses and Richie joins on chorus on this beautiful rendition that is the first song on which we're treated to Rosie's beautiful clear vocal on its own. There is a banjo intro on I am with you always, another Stearns original with Richie on lead and Rosie harmonizing. Then we have a lovely fiddle break that creates the atmosphere of an old 'parlour song' on this gorgeous love song. Trouble in mind is propelled by the hard driving fiddle and banjo on a classic old blues song. Rosie takes lead vocal on the verses but they join up on the chorus to bring an edgy power to the song that loses none of its original impact. Final mention goes to an excellent live version of Reuben's train, a traditional song that has Richie's lead vocal to the fore with hard driving fiddle and banjo here accompanied by Willie Watson on guitar. It is a song on which the virtuoso playing is shown with all its fire and passion and with the usual edginess to their vocal harmonies!
This is Richie and Rosie's debut recording as a duo and was recorded in 2013 after which it was released in the U.S. It was only released here in Europe on 1st August but the duo are also members of the four piece traditional band 'Red Dog Run' who released an excellent album in 2014. Both groupings appear to still be going concerns so it is to be hoped that more recordings are in the pipeline. They are just too good for there not to be!