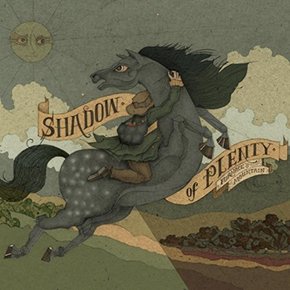 I reviewed Furnace Mountains previous recording, 'The road to Berryville' way back in 2012 and was absolutely knocked out by the sheer musical quality and the atmosphere they created and I'm pleased to report that this new album merely reiterates what I thought back then. This is a four piece group of musicians who are so steeped in the music of the Appalachians it almost literally oozes from their pores. It crossed my mind that what many bands, playing generically similar music, lack is the 'soul' to give it that true 'authenticity.' That is something that can only really be felt rather than manufactured, in fact this and their previous albums can genuinely be termed 'Appalachian soul music.' They are able to switch generations as well, some songs sounding ages old whilst others are more up to date, not exactly modern; just less old!
Somehow it is the excellent male lead vocal that seems to bring that element of modernity to the album but whenever there is a female lead or harmonies the ethereal sound that is created takes the music completely out of time. It almost creates a mystical world and time that probably never has and never will exist, but such is the powerful and unique spookiness that they generate the listener will at least have their imagination transported back many decades.
The lineup is as it was on the previous album, consisting of Aimee Curl on bass and vocals, Morgan Morrison on guitar, bouzouki and vocals, Danny Knicely, mandolin and fiddle and Dave Van Deventer on fiddle. Much of the old sound, at least to my ears, is created by Aimee Curl's lovely breathy vocal style and when harmonizing with Morgan Morrison it is pretty much a match made in heaven. They all hail from South West Virginia, where they still live, a background that has obviously gone a long way towards giving them the ability to create such an authoritative old timey atmosphere regardless of the age of the song whilst still imbuing much of what they do with a little modernity as well.
Whilst all of the performances are rooted in old time music, something that could be labeled a precursor to 'country music,' many listeners will just as likely refer to this tremendous recording as a 'folk album' such are the textures and varied atmospheres they create. It is very much a blend of the true 'hillbilly' music of old and aspects of modern country music with the two genres that are separated by many generations coming together with little in between rather than a gentle blend and it is that mix of the very old and very new that gives this band their unique quality. If there is a musical similarity with anyone else and I'm not sure there is, it could possibly be with someone such as British band 'Southern Tenant Folk Union' or at least vague echoes!
The ten songs and one instrumental come from various diverse sources such as the Carter Family, Ewan MacColl, three written solely by David van Deventer, several in conjunction with either the band or Deventer who added music to the lyrics of J.R. Gardiner but all beautifully realized songs that have the bands haunting out of time atmosphere enveloping them. The first song on the album is the Carter Family's beautifully haunting By the touch of her hand with a stunning lead vocal from Aimee Curl and Morgan Morrison's harmonies adding to the incredible 'old timey' evocation with a sparse instrumentation courtesy of some lovely mandolin playing supported by guitar, fiddle and bass. Ramblin' Jack was composed and sung by David Van Deventer whose vocal, certainly to me, has the warmth and expression of the late John Hartford. There are some lovely harmonies backed up by Danny Knicely's excellent mandolin playing, plus the fiddle and guitar supported by bass on a really catchy old timey styled song. Sarah's song is a real beauty, written by J.R. Gardiner and David Van Deventer with Morgan Morrison's lead vocal combining with Aimee Curl to create a warm old timey atmosphere despite the dark lyrics. There is some more tremendous fiddle and mandolin playing with everything anchored by the throbbing bass. Aimee Curl's stunning lead vocal and Morgan's beautiful harmonies combine to give Ewan MacColl's The first time ever I saw your face a haunting otherworldly feel that the original certainly never had. Finally, The last song (it's actually second from last in the albums running order!) is another that is written by Van Deventer as well as having him on lead vocal and actually has the feel of what used to be termed 'country and western;' equally it could have been performed at a hoedown of old with the excellent harmonies and driving instrumentation making it incredibly atmospheric.
Ultimately this is an album that is an incredibly uncomfortable fit in any single genre but will probably get promoted as folk or old time. I'm not saying either of those is particularly inaccurate but such are the skills and uniqueness that these four talented people bring to their music, far better to just say it is a tremendous and unique album of American roots music and just play it to death! I certainly am.