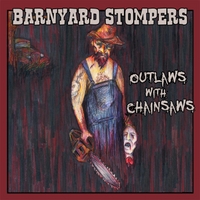 Danny & the Champions of the World – Stay True (2013)
Tremendous album that is firmly rooted in country music (or at least
alt. country) but in many ways defines the soulfulness of heartfelt country.
Written sung and played with total conviction and belief!
http://dannyandthechamps.com/
(Full review to follow)

Israel Nash Gripka – Israel Nash’s Rain Plan (2013)
If you like Neil Young, you will probably love Israel. Far from a copy but inhabits a similar musical area and on this album exhibits an almost mellow, but tremendously powerful melodicism and individuality with his great songs!
http://israelnash.com/
(Full review to follow)

Drew Holcomb & the Neighbors – Good Light (2013)
Pleasant album of roots music that often leans towards a country feel, with excellent songs and skilful playing. Holcomb’s warm expressive vocals blend perfectly with his equally talented wife Ellie. No great excitement on the album but it does have a strong melodic appeal.
http://www.drewholcomb.com/

Barnyard Stompers – Outlaws With Chainsaws (2013)
Incredible album of dark ‘backwoods’ country music played by a talented duo that produce as much noise as any four piece band!
http://www.barnyardstompers.com/
(Full review to follow)

Michael Meeking & the Lost Souls – Ride on (2013)
Tremendous album of country rock with a slice of roots rock that puts this excellent Australian band up there with the top U.S bands. Great songs, great vocals and great playing on a musically diverse set of songs!
http://www.michaelmeeking.com/
(Full review to follow)

Session Americana – Love and Dirt (2013)
A really good album of folksy Americana songs that has a lot of diversity. Good songs, beautifully sung and played by several different vocalists.
http://sessionamericana.com/

Tim Grimm – The Turning Point (2013)
Terrific album of quite sparse folksy country by a hugely talented singer/songwriter who inhabits a similar area to Sam Baker but with much stronger vocals. Has been compared to Nebraska era Springsteen and on the strength of this album that is not too far from the mark!
http://timgrimm.com/
(Full review to follow)


Ashleigh Flynn – A Million Stars (2013)
Terrific album of excellent songs, beautiful vocals and often slightly unusual instrumentation that has it’s roots in country but contains as much diversity as anyone could wish for! A real treat for the senses.
http://www.ashleighflynn.com/
(Full review to follow)

The Harmed Brothers – Better Days (2013)
Some tremendous heartfelt songs by this talented four piece band who have two of the best vocalists around, particularly in the alt. country genre.
http://www.theharmedbrothers.com/
(Full review to follow)

Callum Ingram – Making it possible (2013)
Remarkable album by a man who plays cello amongst other things and blends folk and jazz into a pretty much unique, virtually freeform (but with structure!)music, that at times borders on the avant garde! If your listening pleasure is by way of something different (but very good!) you will not find better.
http://www.calumingram.com/

The Jamie Freeman Agreement – 100 Miles From Town (2013)
Tremendous album that has it’s tap root in country music but includes some lovely jangling country rock, old time rock ‘n’ roll, a little ‘old timey’ atmospheric balladry, a smidgin of pop/rock and even some gorgeous gospel on a beautifully conceived, played and sung album that you really need in your collection!  http://www.jamiefreeman.co.uk/
(Full review to follow)

Jeff Andrew – Tunnels, treehouses and trainsmoke (2013)
Incredible album of dark modern day folk songs with sparse instrumentation that includes some of the eeriest fiddle playing around. As powerfully wordy as a young Dylan!
http://jeffandrew.bandcamp.com/
(Full review to follow)