This page is entitled ‘Cult artists’ simply because it needed a title. There is absolutely no insult intended to any artists that may consider themselves to be more than a cult, after all, a cult can be large as well as small.
The idea of this page is to try to bring to the attention of readers, bands or solo artists that really should be up there with the greats of American roots music but are rarely if ever heard of in the general music media. That is not to say they are necessarily totally unknown, after all, every artist has been heard of by someone and has a following, no matter how small. Many people may read this and think they know a particular artist, as will no doubt happen all the time, but I claim no credit for ‘discovering’ the artist. The idea is just to make more people aware that you can actually find hugely talented, highly original musicians that have never been on a so called reality t.v programme, linked to a major record company or had chart hits!
This page will not fall into the trap of writing a huge amount about the artist either. The albums will be listed and rated, current and past members as far as can be ascertained will be listed and a paragraph or two on why they are so great will be written. Some photos will probably decorate the page and most importantly links will be inserted to show where you can read more about them, where their albums can be purchased and will hopefully succeed in bringing to your attention some great music that you may, or may not have heard of before.
The information will gradually be updated so the page will never be definitive, on the contrary, if you think you have something to add about the artist that you think is relevant, let me know and I’ll add it if I agree with you!
I’m giving careful thought to who the artists will be, so please don’t send any suggestions! If the page becomes over populated it will just become another encyclopaedia and these artists will be lost amongst reams of writing. 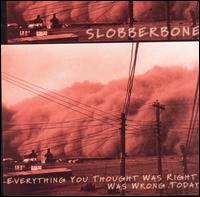 All four above albums as well as the one by the Drams can still be purchased from Amazon and for decent prices as well!

Slobberbone were a band that never really caught on but despite this have always had a loyal cult following. Part of their problem is that in this 21st century everything has to be instant, whereas Slobberbones albums are all ‘growers’ and only give up their treasures with repeated playing. Much of their music sounds aggressive and ‘in your face,’ as with Brent Bests vocals, consequently putting off many people that are not prepared to give them a prolonged listen, but they are most definitely a band that repays repeated listens. They are known as an ‘alt.country’ band and certainly there is a large dose of country music in what they played, but they may have been better promoted as a rock ‘n’ roll band with country influences, although even that doesn’t really describe them! Maybe this is a large part of their problem, they are almost impossible to categorise, vying as they do between aggressive in your face rock and incredibly tender Appalachian balladry! Having said all that, it is probably a lack of promotion that finally wore them down and culminated in the band calling it a day in March 2005 when they played their final gig.

Best’s gravelly, at times harsh vocals are not to everyones taste, but he is capable of giving a huge amount of expression, emotion and atmosphere to the stories he writes. Certainly, various songs are at best difficult to listen to, but this is a band that mixed everything from grungy punked up hard rock to beautiful banjo, steel or accordion led ballads. Pretty much a song, a tempo and a story for all occasions! They were on the road for the best part of 10 years, sometimes playing for little more than beer and were a real hard living rock ‘n’ roll band that had a lot more to them than most thought on first hearing. They were never content to follow any set formula and were adept at everything they played from straight forward rock to gentle country and all points in between!

After the split Best, Barr and Harper got together with Killoren and Stockslager and formed The Drams, who released one excellent album in 2006 entitled ‘Jubilee Drive,’ that wasn’t so far removed from Slobberbone. The album was generally well received but as with the Slobberbone albums this was not translated into sales.

Just as the whole thing seemed to have slowly died out, news came in 2009 that the 2005 lineup of Slobberbone was reuniting for a series of shows. It was then revealed that there were plans to record and tour a new album but as yet nothing has come to fruition. The last news being an August 2010 missive on the bands web site from Best that indicated at that time that recording might start soon. When/if the album gets finished I for one will be in the queue for a copy.

If, as a result of reading this, you decide to try one of their albums, give it a chance. You will be rewarded!

The following pair of tracks are selected from the excellent recent album by  JUNE STAR 'Lower Your Arms'. Have a listen! There is a review of the album on the '2010 c.d reviews' page
Click on the play button and you will see the track title! 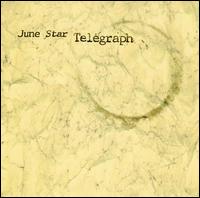 It's probably a good idea to start with their discography so here it is and includes year of release, record label where known and my rating for each album excluding ‘Shift, engage and initiate’ which I have been unable to get a copy of:-

The album below is an excellent solo effort by band leader, singer, songwriter and guitarist Andrew Grimm.

All June Star albums (with the exception of ‘Shift, engage and initiate) are available through Amazon as hard copy or downloads whilst ‘Songs from an engineers daughter’ and ‘Lower your arms’ are also available as downloads from emusic. Andrew Grimms solo album can be downloaded from Itunes.
There are also some pretty good pieces of video on youtube

Andrew Grimm has his own site at www.andrewgrimm.com  as well as his own www.myspace.com/andrewgrimm plus, you can find various bits and pieces of information on sites such as www.allmusicguide.com

Biography:
The band was formed in 1998 by multi instrumentalist and singer/songwriter Andrew Grimm, and right from the off were a tremendous alternative country rock band with a style all their own. They really do blend classic ‘hillbilly’ music with rock and with their mix of instrumental prowess and Andrew Grimm’s perfectly suited vocals really are one of the best bands in this loose genre, or any other genre if it comes to that! They have been compared to the likes of Son Volt, Jayhawks and Slobberbone, but are most definitely not copyists. If you study the three mentioned bands you will find that they are all playing ‘alt.country’ with their own totally individual styles within the genre.  The same applies to June Star, whose at times loose, appealingly ramshackle sound adds to the character of the songs and gives them their totally individual feel but witht dout detracting from their high quality playing and musicality.

Andrew Grimm handles nearly all of the always excellent songwriting, whilst the instrumentation, that often has a spacy sparse feel, adds to the atmosphere that really does allow the listener to lose themselves in the music.
The lineup on the albums varies amongst the members listed below but the music quality doesn’t. A really great band that deserve to have more notice taken of them.

In late 2010 I added a review to the ‘2010 c.d. reviews’ page that probably sums them up as well as I could here, so I won’t ramble anymore other than to say that ‘Telegraph’ really is in my all time top 10 albums.

If only we could see them in Britain ………