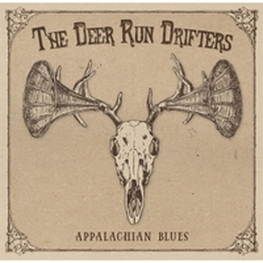 Sinners Tonic. (e.p)
An excellent e.p with Cindy Emch (Rhubarb Whiskey, Vagabondage) on lead vocals performing three songs that defy generic definition but do include her usual edgy take on country music although with a strong dose of experimentation. You really need a copy of this recording if you have any kind of feeling for a unique strain of roots music!
http://www.sinnerstonic.com/
(Full review may follow)

Brandon Isaak – Here on earth
Terrific album of sparse acoustic blues with his own excellent songs that are beautifully sung and accompanied by his virtuoso but laid back guitar skills and a nice variety of subject matter and atmospheres. It is an album that I will never tire of.
http://www.brandonisaak.ca/
(Full review to follow)

Ellie Ford –Show night in
An album of great beauty. A sparsely instrumented recording of seven of Ellie’s own folksy songs beautifully accompanied by her harp playing and bringing a unique atmosphere of great serenity to a loose generic style that is impossible to pigeon hole.
http://www.ellie-ford.co.uk/
(Full review to follow)

The Deer Run Drifters – Appalachian blues
Tremendous debut album of rural Appalachian acoustic music made up of ten of their own original songs by a band who should have a great future alongside stalwarts such as the Avetts and Old Crow Medicine Show. Despite those comparisons they have very much their own pretty much unique style.
http://www.thedeerrundrifters.com/
(Full review to follow)

Melody Walker & Jacob Groopman – We made it home
Excellent stripped down album of folksy bluegrass and more by a talented duo, both of whom are very good lead vocalists as well as having a nice harmonic blend. Has a lovely rural front porch feel at times and the sparse instrumentation is beautifully arranged and played
http://melodywalkermusic.com/
(Full review to follow)


Crooked Brothers – Postcard (e.p)
Just three songs on this excellent e.p but they do go a long way to explaining what the band is about with tremendous lead vocals, harmonies and playing that includes some lovely dobro and harmonica sounds on songs that range from a moody ballad to upbeat up tempo alt. country. Check their albums out, all are tremendous!
http://crookedbrothers.com/


Lindsay Lou & the Flatbellys – Here between (e.p)
Just four songs but they bring a unique slant to the roots music genre, blending folk and  bluegrass with a jazzy feeling thanks to excellent playing and Lindsays beautiful expressive vocals leading the way. Three of their own classy compositions plus a beautiful version of May Erlewine’s The River Jordan.
http://www.lindsayloumusic.com/

The Hardin Draw – The muddy roots e.p
Only just discovered this e.p that was released just on a year ago! I don’t recall ever hearing anything quite like this talented five piece band before. They possess stunning harmonies, excellent lead vocals, good songs, with a haunting alt. country wash of sound that seems to on occasions head towards bluegrass before going off in a different direction. To say much of their sound is ‘lush’ would be an understatement but then the fifth and final track on the e.p. is a stunning, sparse, acoustic guitar version of one of their songs. Buy it and prepare to be enthralled! Apparently they have a full album out later this year.
http://www.reverbnation.com/thehardindraw

A.J. Gaither One Man Band – Half lit and whole hearted
An incredible album that veers from tenderness to an extreme ferocity but whatever the emotions conjured up there is always the raw boned vocal of A.J and the mastery of his instruments that cover a range that includes banjo, dobro, steel guitar, heavy rock electric guitar, banjo etc.
http://ajgaither.bandcamp.com/
(Full review may follow)

Greg Trooper – Incident on Willow Street
This could be a career definer, but then again I’ve said that about most of Greg’s albums! Twelve great songs that range from edgy country to country rock and rootsy rock and roll, by one of the most evocative and talented singer songwriters around. If you like music that tugs your emotions one way and then the other you will love this tremendous album of roots music.
http://gregtrooper.com/
(Full review to follow)