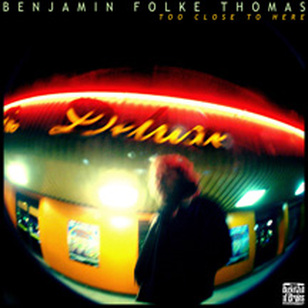 
This is a terrific debut album by a Swedish native who is London domiciled and has been immersed in the folk scene there for the last five years. His warm vocals are able to express a range of emotions, on occasions reminiscent of Irish folk great, Paul Brady. His songwriting is even more descriptive and includes some really strong memorable melodies whilst his guitar playing is subtle and highly skilled, similarly his Swedish backing band. Were English his native language his lyrical journeys through a range of emotions would be impressive but as it is not he deserves huge credit for all of the little lyrical nuances that are inserted into his songs. He is often compared to a young Bob Dylan, certainly something of an exaggeration on the strength of just one album, but not outrageously so!
‘Roots music’ is probably the most appropriate description of this album that sometimes has a country feel, at others is more folksy, perhaps even a little bluesiness and even the more mellow side of rock. He is obviously a man that pays little heed to generic boundaries, simply producing the music that he feels needs to be made. Whilst the songs are generally about various aspects of relationships, lyrically he delves deeper into the subject than simply writing lost or found love tales. In his world all relationships and emotions are complicated, something we all know, but most songwriters are content to keep to the straight line rather than exploring the off shoots and effects of whatever action is being taken or emotion explored.
Album opener Someday is a case in point, being an excellent mid tempo, incredibly descriptive song that
has quite an intensely dramatic feel on a dark tale of love and murder. It’s a song that has a really nice flow to it and is easy to listen to but a long way from being ‘easy listening.’ Thematically it is as straightforward as love and
murder ever can be but on this song as with most others on this excellent album he explores some of the emotions that we would all feel if we were the songs characters, giving an impression that if you follow the various threads you will perhaps find that the causes and effects were unnecessary to begin with. It’s not often a song with such specific subject matter can also be labeled as ‘thought provoking,’ but this is that rarity. Love Somebody is another really good mid tempo song that tells you, ‘when love comes along grasp it with both hands and don’t let go.’ A simple tale but a very descriptive song that delves into the complexities of love, backed up by a lovely tinkling piano sound and excellent bass. Bye Bye Baby (Bye Bye) has a lovely twangy guitar sound on a really good song that tells of the regret and emotional confusion following a broken relationship, even name checking the late great Warren Zevon! Let Her Down starts with the eerie haunting tones of a musical saw on this moody tale that includes steel guitar and gorgeous female harmonies on a sad atmospheric tale of loneliness, followed by O.K Blues with the lovely tones of a dobro on a a terrific bluesy tale of the confusion that can be felt even with a lover that you know well! And so the
album goes on, with subtle variations in instrumentation, emotional content and atmosphere. There is nothing that can be attributed to any particular genre, just eleven excellent and varied songs performed with commitment and no little amount of skill.
Often you can listen to an album, sometimes even a great album, and yet feel that if the artist had done this or that a song or several songs could be improved upon but that is not the case on this exceptional recording. Buy the album and also see him live. You won’t regret it!