JUNE STAR - SLEEPING WITH THE LIGHTS ON
​ 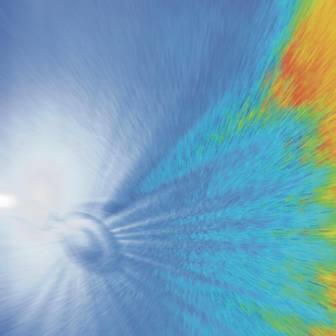 One of my all time favourite albums was June Star's 2001 recording 'Telegraph' so it was with some trepidation that I put this new album on the c.d player. Why? Because they rework several of the bands 'oldies' including the title track from Telegraph, all balanced by   some excellent new Andrew Grimm originals. I shouldn't have worried because although the bands covers of the oldies are different to the originals there is no drop in quality, not that I would really have expected it from these talented musicians that I have followed since the start of their career. They have been in my top ten favourite bands ever since their self titled debut '' way back in' 1999 and whilst they are usually described as 'country rock,' it is a description that whilst having a degree of accuracy also sells them short. There is an indie and alt. country vibe in much of what they do and even occasionally a little 'grunginess,' a combination that gives them a unique sound that can't really be mistaken for anyone else. Add Andrew Grimm's superb songwriting and his unique vocal style and there is little more that any discerning music fan could or should want
The lineup has seen many changes over the years with mainstay Andrew Grimm being the only constant. He handles lead vocals, electric, acoustic, baritone and lap steel guitars as well as banjo, harmonica and percussion, Andy Bopp plays electric, acoustic, baritone and bass guitars, percussion and backing vocals with Kurt Celtnieks on drums, percussion and backing vocals. J (James) Robbins played organ and co produced with Andrew Grimm and Andy Bopp and Ellen Cherry added her gorgeous harmonies to several of the songs.
The band's music, whoever was in the lineup, was always hugely influenced and mapped out by the voice and songs of Andrew Grimm, with some of their dozen or so albums veering more towards a rock direction albeit one that has an alt. country influence.  Whilst there is often that 'country rock' label I've always felt that the 'grunginess' that is sometimes evident is what gives them the edgy rock feel, despite the fact that the country elements if not always heavily in evidence are never too far away.
This album gets underway with a tremendous version of the classic title track from 'Telegraph,' just as essential as the original, although perhaps changing some country elements for rock but still recognizably a great song. The intro is by way of Andrews vocal and acoustic guitar before the song takes off with bass, percussion and electric guitar, gradually building to a powerful crescendo. It is immediately followed by Sleeping with the lights on the title track of this album which gets underway with dynamic guitars, thudding bass and percussion, with Andrews vocal bringing a huge amount of character and emotion to the song as it builds to a grungy climax before returning to a more sedate power. Smoke and diesel has a nice easy rolling atmosphere and tempo with organ, chugging guitar and restrained bass and percussion allowing Andrews vocals more space, and with Ellen's gorgeous harmonies the song brings a completely new dimension to this varied recording. The song is performed at a sedate mid tempo and the melody is excellent as is the later intervention of the harmonica. A really slow melodic guitar starts Faithless with a haunting steel guitar and throbbing bass for company. It is a song that has a beautiful open sound, again with Ellen Cherry's feminine harmonies adding yet more depth to a composition that whilst lacking the 'grungy' guitars is no less powerful. It is actually a tale that has an edgy spookiness in its makeup, drawing the listener into its dense otherworldliness. My Sugar includes a banjo and percussion intro that is soon joined by Andrews's evocative vocal and some lovely haunting harmonies, with an occasional deep twangy guitar on a song that exhibits the more country/hillbilly side of the band albeit in a modern setting.
It's usually relatively easy to pick favourites from an artist's back catalogue but with perhaps the exception of the already mentioned 'Telegraph,' the June Star list is of such excellence that it is difficult to pick out others. Having said that, this tremendous new recording is at least as good as anything else they have done, perhaps even challenging Telegraph, and it pulls together the various loose styles and influences that they have adapted over the years, all recognizably culminating in June Star. This is a great band that has recorded yet another excellent album. Not too many you can say that about.