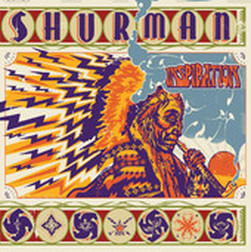 It probably says a lot for this band that they can play classic country rock and then veer into a soulful blues, yet despite that diversity still retain their own stamp of individuality. At times they have the feel of a harder edged Eagles; at others, when they go more into blues mode, bands such as Free. I can imagine they would really be something when playing live, but it could be their mastery of so many styles that works against them on record, making them difficult to pigeonhole. Ridiculous I know, but they wouldn’t be the first band whose sales have suffered due to their huge abilities.

The band is made up of songwriter Aaron Beavers on lead vocals, electric and acoustic guitars, mandolin and harmonica,  Mike Therieau on bass and backing vocals, Craig Bagby, drums and backing vocals and Harley Husbands on lead guitar, banjo and lap steel. Beavers expressive vocals are excellent on whatever style or tempo the song requires and his songwriting really does paint word pictures, most of which can be related to. With the band harmonies also being very good and the instrumental prowess of all band members showing an incredibley high level of expertise they really are a band at the top of their game.

Stylistically much of what they play can probably be labelled classic 1970s country rock but with a 21st century makeover and some decent blues rock for good measure, but really they cover a much broader canvas than even these far reaching roots based genres. The album gets underway with a couple of decent country rockers with Beavers rasping vocals driving them along, followed by a slow moody tale of homesickness about someone on his way back home to Texas, obviously a reference to Beavers Texas roots. Apartment #9 blues is an excellent mid tempo soulful bluesy rocker that shows Beavers can pretty much sing anything in roots music, without sounding too forced, plus, as a bonus, the rest of the band really rock, giving the song some real power. On Novocaine Heart, an uptempo rootsy rocker the vocals sound a little like Don Henley as they also do on the excellent country ballad Closer to the heart. There is the gorgeous steel guitar on Somebodys gonna break your heart, aslow country rock ballad that advises a heartbreaker that she will eventually get the same, but probably the most powerful song on the album is Eye for an Eye a quite harrowing, slow, moody country song about execution, with some excellent banjo playing and a suitably sparse sound. Album closer Take a bow, pretty much sums up what this excellent band are entitled to do after such a tremendously diverse musical offering and veers strongly into soul mode.

Overall, this is a much stronger album than their previous pretty good offering, ‘Still waiting for the sunset,’ with the band stretching out more and covering a wider musical spectrum. There is still a nagging doubt that perhaps the area they cover is too wide, but better that than a band that sticks to the same predictable style all of the time. Who knows, maybe they’ve invented the ‘Shurman genre!’