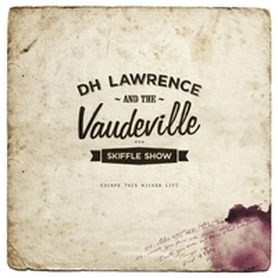 Phil Lee – The fall & further decline of the mighty king of love. (2013)
A highly entertaining album that ranges through country and all of its offshoots with some beautifully written songs and playing, excellent vocals, on songs that at times parody the weepier side of country!
http://www.philleeone.com/
Full review to follow


Jarrod Dickenson – The Lonesome Traveler  (2012)
A very good singer songwriter who ranges through folk, country and an all round rootsiness with well written songs, excellent vocals and a varied instrumentation.
http://jarroddickenson.com/fr_home.cfm
Full review may follow

Annabelle Chvostek – Rise (2013)
Tremendous album that is far too varied to affix a label to, other than that of high quality writing, playing and beautiful, flexible vocals
http://www.annabellemusic.com/
Full review to follow

Hey Mavis – Honey Man (2013)
Some tremendous ‘Appalachian Americana!’ Beautifully sung and played, excellent songs, but one little problem (at least for me!) was the over orchestration on several tracks. Fortunately, although it didn’t enhance the songs, it didn’t spoil the rest of what is an excellent album.
http://www.heymavis.com/
Full review may follow

Thomas Hine – Forgive My Future (2013)
Excellent album that has a slow moody but mellow sound with an edgy atmosphere and lyrics. A quite unusual but rewarding listem.
http://www.myspace.com/thomashinelink#!
Full review to follow

J.P. Whipple – Ghosts (2013)
Raw evocative vocals, some great dobro, banjo and guitar playing, brilliantly written and highly atmospheric songs all combine to make a tremendous album by a man who genuinely is ‘the real deal!’
http://whipplemusic.com/
Full review to follow

Vanessa Peters – The burn the truth the lies (2012)
Beautiful album of excellent musicianship, gorgeous vocals and exceptional lyrics by a hugely talented singer songwriter who splits her time between solo work and‘Ice Cream On Mondays’
http://vanessapeters.com/

Lonesome Wyatt & the Holy Spooks – Ghost ballads (2013)
Slow moody album with a death obsession by an exceptional musician who takes his music seriously but fairly obviously not himself, with an almost tangible tongue in cheek!
http://www.thosepoorbastards.com/

Anders & Kendall – Wild Chorus (2013)
Some beautiful lead and harmony vocals that more than justifies the combination of these two talented musicians. An unusual sound that in the context of the songs and vocals works really well.
http://www.andersandkendall.com/

Frankenpine – In that black sky (2012)
Tremendous album that is rooted in ‘old timey’ but includes so much more, giving it a lot of originality and all performed by a talented five piece band from Brooklyn.
http://frankenpinemusic.com/

The Wagon Tales – Introducing ……  (2013)
Really good album of edgy bluegrass that includes a deep folksiness, echoes of old timey and all their own material, by a tremendous British five piece band
http://www.wagontales.co.uk/

Bull Kelp – Painting and drawing (2013)
Strange acoustic songs from a duo who worked together in ‘Fish & Bird.’ Just the two vocalists, bass and guitar, with occasional banjo, strange lyrics and some unusual chord structures on songs that don’t always work, but full marks for the folksy experimentation that often includes a jazzy feel!
http://bullkelp.bandcamp.com/