Jeffrey Foucault – Horse Latitudes
2011 – Signature Sounds
3.5***
Jeffrey Foucault certainly has his own style but could also be likened to an even more thoughtful, countrified Jackson Browne who loves a sparse instrumentation that rarely gets above slow and moody! His pleasant singing voice has a strong intensity on songs such as the mid tempo title track, Horse latitudes, that somehow evokes the wide open spaces whilst also having a hauntingly claustrophobic feel. The album contains plenty of gorgeous steel guitar whilst some of the guitar treatments are at times reminiscent of a Daniel Lanois production.
Not necessarily groundbreaking but still a good album that has enough going on to always keep it interesting.

Tandy – Lowdown 1997-2002
2003 – Gammon
3.5***
It could be argued that the best starting point for someone new to this tremendous and pretty much unheralded alt. country rock band would be any of their albums, but this excellent compilation is unlikely to put anyone off. Buy this, listen to it, love it, then buy all of their previous albums along with Mike Ferrio’s tremendous new release ‘Good Luck Mountain’!

Brother Dege – Folk songs of the American longhair
2010 – Golar Wash labs & Records
3.5***
Dege Legge, to give him his name, is an excellent blues singer and a tremendous acoustic slide guitar player. The album contains some really deep swampy blues, that at times includes a fair sized dash of psychedelia!

Tom House – Been there and gone
2010 – Self Released.
4****
As a singer songwriter Tom is a poet! In fact he is a much published poet as the listener can glean from this album of tremendous songwriting. His raspy voice is reminiscent of John Prine and is the perfect tool to drive these excellent story songs along. Accompanied by only his own acoustic guitar it is an album that seems to improve with each listen, with his tremulous voice drawing you in to these at times chilling stories. I can’t count the number of singer/songwriter plus acoustic guitar albums that get boring after a few tracks but Tom House is a different beast! He has a back catalogue that is more consistent than anyone else I can think of and yet he is almost unknown on these shores. You won’t go wrong whichever of his albums you start with but this is his most recent. Go on, treat yourself to a little poetry! 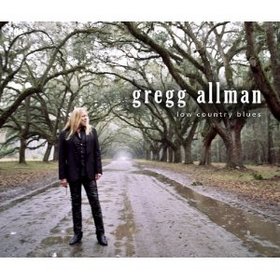 This is Gregg Allmans first album for fourteen years and his best since 1977s ‘Playing up a storm’ also having a little more edginess to it than anything since his Allman Brothers Band days. All bar one track, the pretty good co-write with Warren Haynes Just another rider, are covers of other writers, such as Sleepy John Estes, Muddy Waters and Amos Milburn, blues and R ‘n’ B material, with a little jazziness peeping through at times! None of these versions threaten the originals but all are pretty good efforts!
The album is produced by T-Bone Burnett, who actually manages to avoid his recent trick of trying, often without success, to evoke an old time feel. A modern blues album with Allman still in pretty good voice following major surgery. Won’t win many new fans, but shouldn’t lose any either!

The Cave Singers – No Witch 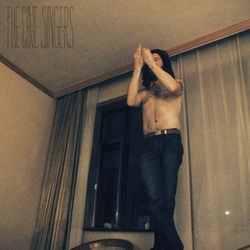 This is the third Cave Singers album of quirky, ‘alternative folk,’ although American folk music seems to be one of their lesser touchstones! A few of the songs have obvious African influences, with some of the percussion courtesy of what sounds very like a Tabla. Amongst many other things there appears to be a far eastern drone influence, and even a couple of songs that the backing at least, seems borrowed from bluesmen such as Junior Kimbrough and R.L.Burnside. Add soul elements, stir a little early Dylanesque folk into this colourful brew and you have a band that would be difficult to mistake for anyone else. It is even possible to detect a slight note of eerie backwoods music in several of the songsa la ’16 Horsepower’ at their most experimental!
Pete Quirks throaty vocals seem ideally suited to this highly original music. He also plays guitar, melodica and harmonica whilst Derek Fudesco is on guitars and bass pedals with Marty Lund playing drums and guitar.
Very different and well worth a listen despite inhabiting the outer boundaries of American roots music!